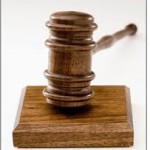 Judgment will be delivered on Friday in the trial of alleged Knysna paedophile, Adrien Forbes, in the circuit high court in Thembalethu, outside George in the Southern Cape.

The 60-year-old former estate agent has been in jail since his arrest in May 2012. He has pleaded not guilty to 79 charges against him, including rape, indecent assault and child pornography.

The startling allegations of child sex ring operating out of George and blackmail has been revealed in the two month long trial. The State prosecutor alleges that the accused took advantage of poor children in exchange for money.

The State witness alleges that he was sexually abused by the accused in 2001 and paid to secure the underage girls.

Defence attorney Wilson Forbe has called the witness’s testimony a fabrication and exaggeration of events.

The accused maintained that he was forced by knife-point to simulate sex with an 8-year-old victim and that the photos that were given to police were all staged in an elaborate plot to extort money from him.