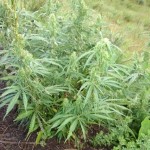 Unemployment and substance abuse are the two main problems plaguing towns in the Cape’s Eden district, MPs on an oversight visit to the region have heard.

The aim of the visit was to assess service delivery in the seven municipalities and engage with residents.

“Apart from Kannaland, where there are a few financial concerns, all municipalities’ administration is looking good,” De Villiers said. “Housing also remains a challenge, but unemployment and substance abuse issues are the main problems.”

A report on the progress of Eden municipalities since the last oversight visit in 2009 will be presented to Premier Helen Zille on Thursday.

Briefing MPs on progress made since their last visit to the region, Local Government MEC Anton Bredell said access to piped water in the seven local municipalities in the Eden district averaged at 97.8 percent. Flush toilets averaged at 85.2 percent and 91.1 percent of households had access to electricity though the grid.