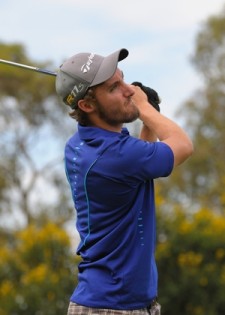 The SA team claimed the full eight points on offer after a clean sweep in the first round singles, and took a 2.5 point lead on 15.5 into the final round after winning all four morning foursomes matches, three afternoon fourball matches and halving one fourball in round two.

South Africa continued their winning run with seven single victories and another halve to finish on a total of 23 points. The local heroes finished four points clear of Zimbabwe in second and eight points ahead of the host nation in third place.

This marks the 13th time South Africa has lifted the title of Africa’s largest team event since the inaugural it was launched in 2000. SA team coach and captain, Llewellyn van Leeuwen, said the victory was a team effort and a measure of the team’s will and determination.

“It is never easy to compete at this level and remain unbeaten, but our team collected 23 out of a possible 24 points and we never lost a game,” Van Leeuwen said.

“I am incredibly proud of this achievement, because it speaks to the team spirit and this was very much a team effort. There were no individual stars on this team; they banded together as a team and showed incredible sportsmanship.

“This team was determined to fly the flag for South Africa and they did so with commitment, incredible fighting spirit and commitment.”

New caps Andrew Light, Thriston Lawrence and Eddie Taylor certainly underlined their selection with yet another impressive performance in the final round singles.

Light from Southern Cape defeated his Zimbabwean opponent 2-up, Mpumalanga’s Lawrence downed his Zambian rival 5 & 3 and Taylor from Central Gauteng won his match against Mozambique 7 & 6.

Zander Lombard from Gauteng North defeated his rival from Swaziland 4 & 3, while Central Gauteng’s Louis Taylor was equally impressive with a 6 & 5 result over Namibia.

Gauteng North’s Werner Ferreira won 8 & 6 against his opponent from Malawi, the Western Province’s Gerlou Roux triumphed 5 & 4 over his Botswana rival and Tokkie van den Berg from Gauteng North held on to square his match against Kenya for a half point.

While the rest of the team will return to South Africa to celebrate their near whitewash, Van Leeuwen and reigning Sanlam SA Amateur champion Lawrence will join top SA juniors Jason Froneman from Ekurhuleni and Gauteng North’s James du Preez and Triston Strydom in Mauritius where the SA Junior side will attempt to emulate their contemporaries with a successful title defence at the All Africa Junior Golf Challenge at Le Touessrok from 27 April to 3 May.

Van Leeuwen said the quartet are determined to follow in the footsteps of the victorious teams that lifted the title in 2011 and 2012.

“They are quite a feisty bunch and will no doubt do their best to emulate the two previous teams,” he said. “All four players have experience at this level and they are all known for their tenacity and never-say-die attitudes.

“Thriston will be riding a wave of confidence after his success in Namibia and that fire up Jason, James and Triston. I expect them to do well.”