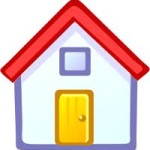 Activity in the Garden Route property markets of Knysna, George and Plettenberg Bay has picked up somewhat over the last year.

According to the latest FNB Holiday Home Market Report, holiday home market prices have largely bottomed out and demand sits at about half of what it was pre-2007. The FNB Estate Agent Survey puts the demand at 2 percent compared to 4 percent in 2007 and the average price growth in these markets at under 1 percent. Rautenbach says that especially at the top end, property prices have flattened, down by 40 percent since pre-2007 as sellers who had invested before the recession are now desperate to offload their properties. However, she says buyers are able to find exceptional value on the Garden Route.

About 90 percent of all sales over the last year in Knysna and George have been in the price band below R2 million. In Knysna, offers come in at about 30 percent under the asking price and deals are being done at about 15 to 20 percent under, she says. Vacant land offers are usually at around 40 percent below the asking price. There is very little new development as there is no demand for new-builds and plenty of exceptionally priced stock on the market.

Retirement and holiday demand comes mostly from Gauteng and Cape Town buyers as well as from South African expats. In Brenton on Sea they have seen business from retired English, German and Dutch ‘swallows’. Although there were two recent sales of R3.5 million and R4.3 million in the area, both were well below the asking price and buyers are looking for homes priced around the R2 million mark, says agent Sharon Corsten.

The best value is above this price band. For example, a four bedroom home with underfloor heating and sea views is on offer for around R3.8 million while a spacious wooden cabin with three bedrooms suites and a flatlet is on offer for R2.8 million. Demand at Leisure Isle and Thesen Islands are mostly below the R4 million price mark, but there are buys on offer above this, says agent Wendy Evans.

Seeff’s George principal, Pieter Jordaan, says that while it remains business as usual for the residential sector, the holiday home market is still underperforming. Following serious seller counselling, he says they have seen prices, especially in the top end, come down by between 30 and 40 percent; something that should encourage value seekers. Some of the best value is in vacant plots, he says. Prices in areas such as in Glentana, George and Wilderness are now significantly below the pre-2007 levels and plots are on offer for upwards of R100 000 to about R2 million in a prime area such as the Blue Mountain Village Security Estate situated next to the Garden Route Mall. The development borders the George Meander commercial development in progress to the extent of R400 million, Jordaan says. A plot in Outeniqua Strand that was sold in 2007 for R1.2 million is now listed for R900 000 while a Kingswood Golf Estate plot that would have sold for R900 000, is on offer for R550 000.

While Plettenberg Bay has seen good demand in the residential sector of the market, it is an exception in that there have been some good holiday and retirement home sales here since early last year, says principal, Kevin Engelsman. Half of all sales were above the R2 million mark and they achieved a few high value sales last year. Activity is on the up; they have sold 35 properties this year compared to 32 during the same period last year. Most notably, he says they have just clinched the sale of a 8 410 square metre plot for R24.5 million and the joint sale of a luxury home for R45 million; a record price given that the previous highest sale was done in 2011 for R24.5 million.

The Garden Route remains one of the most naturally beautiful areas of the country and residents and holidaymakers are spoilt for choice in terms of activities. From nature walks and bird watching to stunning forests, beautiful beaches and adventure pursuits such as mountain biking, skydiving and paragliding, there is something to suit everyone. It is of course renowned for its top golf courses and polo in Plett.