Friday , 21 May, 2013.  Nkunzimbini Junior Secondary School gets the chance to go for a long-standing dream on Saturday – to qualify for the national finals of the U-12 Danone Nations Cup. The school is from Nyandeni Libode Municipality in the Eastern Cape and is one of seven Schools playing in the Eastern Cape provincial finals on Saturday May 25 at the Sisa Dukashe Stadium, East London. Games commence at 9am.

Nkunzimbini has been playing in the tournament since 2000 but has never made it to the national finals before.  Team coach Gideon Maqokolo says they have been hard at work preparing for Saturday. They train twice a week for two hours, and have been using whatever spare time they can get to put in some extra training.  The weekends have been used for friendly matches against local teams so that the players can get used to playing competitive football. “Many of the kids lack confidence which is a problem I am working on,” says Maqokolo. “I am trying to get them to forget about specialising on one position at this stage as that limits them.” 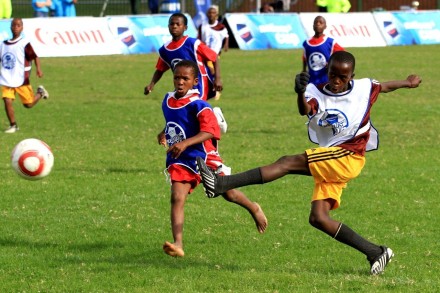 Coaching a team like this is not easy and Maqokolo tells the story of one of his players whose father has more than one wife. His mother is the wife who is neglected and not supported by his father. “This strains him emotionally and I have encouraged him to open up so that this doesn’t affect his performance,” Maqokolo says. “I sometimes take him home with me and he sleeps over at my place because all my players are like my own children and it is my duty to groom them mentally and physically so that the tournament can benefit them in all aspects.”

Nkunzimbini Junior Secondary has played in many tournaments including represented South Africa in Ghana in 2010. The school recently won the netball provincial tournament for the Eastern Cape.

Maqokolo explains that the school’s progress in the tournament has raised the level of interest in soccer in the community. “We have had many kids coming to join the school soccer team, some even take it upon themselves to join us when we are training,” he said.

The school involves the parents of the players in all their activities as their commitment makes it easier for the team to succeed. “We meet with them and sometimes do house visits to parents whose children are taking part in the competition. We all need support in doing what we love and we are trying to make sure that the children excel at what they do,” Maqokolo says.

The winners of Saturday’s provincial competition will play in the National Finals in Johannesburg in June, with the eventual winners there earning the honour of representing South Africa at the Danone Nations Cup World Finals in London in August.

The Nkunzimbini players are all soccer nuts and they know all about British football and Wembley Stadium where the final day of the Danone Nations Cup will be played this year. That is a huge motivating factor for them.

One of the core values of the Danone Nations Cup tournament is to encourage young people to believe in their dreams. Through this initiative Danone offers a sporting event that reaches out to and inspires millions of children all over the world. 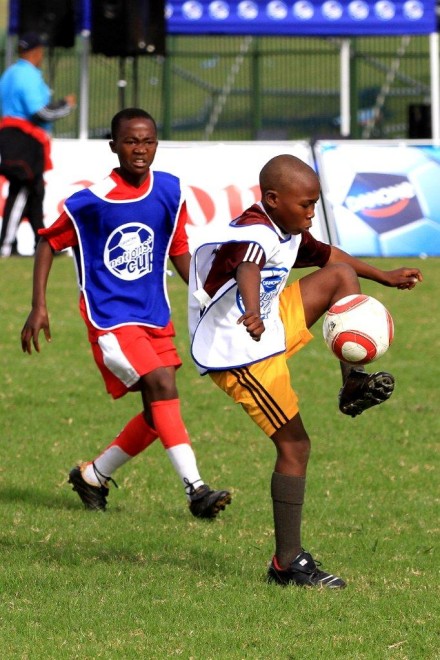