The Garden Route Mall 10km and 5km had a great turn out with 249 finishers in the 10km and 163 finishers in the 5km.
The winner in the race was Elfonso Pieterse from the Nedbank Running Club in a time of 31:51 followed by Julius Korkee of Mossel Bay Harriers in 32:20 and in 3rd place Thulani Femele in a temporary license in 33:49. 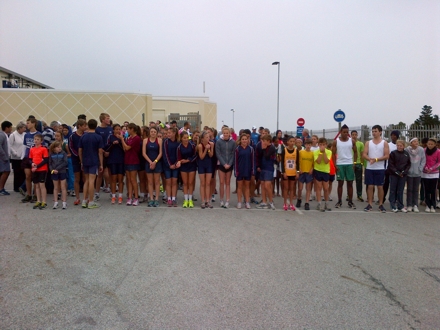 In the women’s race the former world 5000 meter record holder Zola Budd-Pieterse set a new record and winning in 37:54. In second place was local star Melissa van Rensburg in a personal best time of 39:06 and 3rd Liza Pieterse in 40:02.

Zola Pieterse was also the first veteran women followed by Elise Kloppers of Hartenbos in 40:50.

In the men’s category Principal Fana of Mossel Bay Harriers was first in 34:53 followed by Anton Chevalier of the Nedbank Running Club in 37:59.

Sydney Landsberg won the master category in 35:52 followed by his team mate of the Nedbank Running Club Hermanus Jonkerman in 37:37.

Annatjie Botes won the master category in 42:11 followed by Marie Wolmarans also from the Nedbank Running Club in 45:15.

In the men’s race Andre Niemand of Hartenbos won the Grand Master category in 45:15 followed by Peter Jacoby of Knysna in 46:32.

The junior category was won by Julian Manewill of Nedbank Running Club in 37:35 and with just one second behind him Jesse Patrick in 37:36.

Lisa Pieterse was the winner in the junior women’s category 40:02. In joined second place were Kayla Nell and Carla Petzer in 43:10. 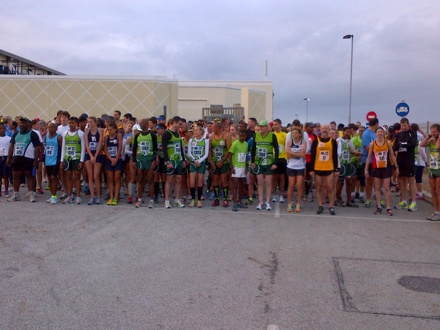