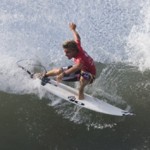 The Kouga Local Municipality in the Eastern Cape says the cancellation of the Billabong Pro tournament has been a great blow to the area.

The event, which has been taking place in Jeffrey’s Bay over the past 25 years has been cancelled due to financial problems. The coastal town now stands to lose an estimated R20 million in revenue.

Kouga Mayor Booi Koerat has launched the municipality’s own winter festival comprising both of water sports and in-land activities. However, he says they do not have a major sponsor.

“Millions were being collected due to the Billabong Pro Tournament. I do not know what this is going to cost us. The council is only contributing by giving services to all the events that will take place,” says Koerat.

Meanwhile, Virginia Benjamin, chairperson of the Portfolio Committee on Tourism, says they have not given up on bringing back the tournament.

“We do hope that in the future we will win back the Billabong Pro event because the Jeffrey’s Bay wave is one of the best in the world and it was, for many years, one of the best surfing events that were held at a city level,” says Benjamin.