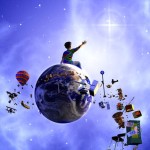 The following statistics were released by the National Credit regulator during June, 2013 for the quarter ending March 2013: Credit bureaus held records for 20.08 million credit-active consumers of which 9.53 million had credit impaired records.  (An impaired record is where a consumer is three or more payments in arrears or a record that reflects a judgement or administration order).

At the end of December, 2012 South Africans had R1.44 trillion worth of debt.

A disturbing fact is that unsecured credit that was extended has grown more than four times from 2002 until 2012, while the value of credit on mortgages has grown 2.1 times during the same period.

It has been reported that consumers are spending up to 80% of their disposable income on servicing debt.

So how did this happen?

Below is an excerpt from my book: “Your Key to become Debt Free and Experience Financial Freedom”.

No proper assessments were done before implementation of the NCA as to whether the consumer had the ability to repay the instalments under his/her new credit obligation, taking into consideration all the current obligations at the time of the application for credit. This led to serious cases of over-indebtedness. Under the new NCA many of these cases would have qualified as reckless credit.

Unfortunately there are still financial institutions and retailers that are not toeing the line and granting credit randomly. How does a financial institution justify the fact that 9 unsecured loans are granted to a single consumer? Or granting unsecured loans to consumers who are married in community of property without the other spouse signing the agreement (giving consent)?

Another occurrence is the one of conspicuous consumption, a term which was coined by the American sociologist and economist Torstein Veblen, to describe the acquisition and display of expensive items we don’t need or need to impress others. This is done to attract attention to one’s wealth or to suggest that one is wealthy. A more common term known by all of us is, “keeping up with the Jones’ “.

This can be a very futile and painful financial experience; especially if one finds out after a while that the Jones’ were also knee deep in debt all along. The only lesson that was learned was a very expensive one, namely: that we kept up with the Jones’ in accumulating more debt than they did.

Then there are consumers who base the “affordability” of their credit purchases in terms of the monthly instalments that will be payable per month or the amount of credit available on their credit cards.

The initial instalments don’t bother them too much at this stage because they feel comfortable with it. The problem that occurs is that when interest rates are low at the time of entering into the credit agreement, they forget to consider that the interest rates might rise in the future with a resultant rise in the monthly instalments. All of a sudden the monthly instalments are not affordable anymore and the consumers find themselves in dire financial straits.

Many consumers are also not always honest when applying for credit. They do not disclose all the facts necessary to enable the lender to do a proper affordability assessment. It is of utmost importance not to withhold any information from the lender when applying for credit. Where reckless credit is investigated under the NCA, the consumer will not have protection if the incorrect information was supplied to the credit provider. Supplying incorrect information also amounts to fraud which is a criminal offence and punishable with imprisonment.