Convenor of the Standard Bank Ovation Awards Panel, Adrienne Sichel, described the work presented on the Fringe at this year’s Festival as “courageous and inventive”, explaining that themes of renegotiation of history and heritage, and remapping identity, featured as a strong thread through this year’s productions.

The only Gold Ovation awarded this year was to musician Dan Patlansky [pictured below]. Patlansky’s acoustic performances at the Festival played to both critical and audience acclaim while his collaboration with Karen Zoid left the sold-out crowd mesmerized.

Silver Ovations were awarded to comedian Rob van Vuuren for pushing the boundaries of stand-up comedy in his show “What What”; musician Julian Redpath; “The Bram Fischer Waltz”; and “The Things You Left Behind”, directed by Kim Kerfoot and starring Jason Potgieter and Alicia McCormick. Joanna Evans won a Silver Ovation for her production of “The Year of the Bicycle” – supported on the Fringe this year as part of her prize as Best Up and Coming Director of last year’s Student Festival.

A Special Silver Ovation Award presented to Steven van Wyk and Thalia Laric for the creation of Skoonveld, in the production “Plastic”.

Encore Awards were made to “A Day in the Desert” and “Skierlik”, recognising their potential for professional development.

Following the recognition of their production “Wintersweet“ in 2012, an AHA Award was made to Horses Heads productions for “Scrape”, as a production that surprised and delighted the judges.

In recognition of their long standing and varied contributions to the industry, two Standing Ovation Awards were announced this year – to consumate performer and educator Andrew Buckland; and actress/director Nomhle Nkonyeni, both of whom have made invaluable contributions to industry internationally, nationally and though reinvestment in the Eastern Cape.

The Festival’s inaugural Short Sharp Stories competition has seen the publication of some of the best submissions in a crime anthology entitled “Bloody Satisfied”. The winner of this year’s competition for the best story was awarded to Dawn Garish.

The SA Post Office reaffirmed their investment in the culture and heritage of the country through their support of the Student Theatre Awards, through which winners receive various levels of support to present productions at next year’s Festival. A panel of advisors comprising Gez Casey, Smal Ndaba, Christina Kennedy and Peter Terry recognised enormous potential in the next generation of professionals with two institutions featuring prominently on the awards front. The Market Theatre Lab received kudos for the poster design and overall marketing campaign of their production of “Milk and Honey”, and UCT taking the honours for Most Promising Student Director (Mira Sydow), Most Promising Student Writer (Mathew Baldwin, Wynne Bredenkamp and Taryn Wyngaardt), Best Student Theatre Production, and the floating Cape Triangular Trophy, for their production entitled “Behind Every Yawn There is a Silent Shout”.

Merit Awards were presented to Jess Harrison from Rhodes University, recognising promise in directorial conceptualisation and design; to The Market Theatre Lab’s production of “Milk & Honey” as the production with the greatest viability for a professional run; and to Oakfields College’s “Journey“, the SA Post Office choice for showcasing creativity and innovation.

It was also announced that some productions had been invited to participate in the Brighton, Prague, and Amsterdam Fringe Festivals, through the World Fringe Alliance network. These include “Crazy in Love”, “Three Little Pigs”, Stuart Lightbody’s “Unreal”, “Thom Pain (based on nothing)” and “The Epicene Butcher and other stories for consenting adults”.

Julian Redpath was chosen as the singer/songwriter to be showcased this year through a new partnership between the National Arts Festival and Oppikoppi.

About the National Arts Festival: The National Arts Festival, now in its 39th year, has proved its sustainability and has grown to be one of the leading arts festivals in Southern Africa. Its objectives are to deliver excellence; encourage innovation and development in the arts by providing a platform for both established and emerging South African artists; create opportunities for collaboration with international artists; and build new audiences. 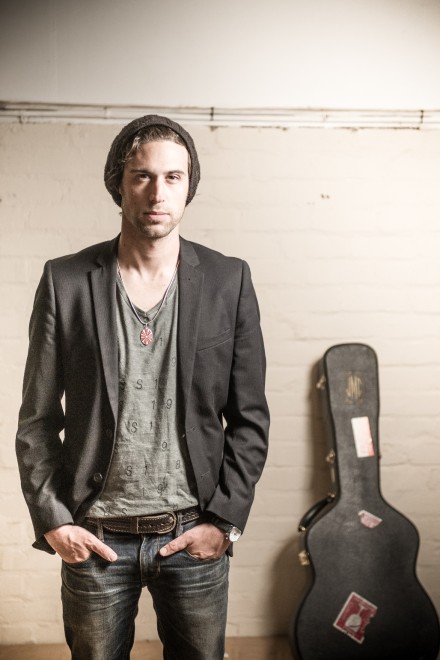