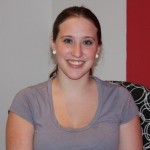 Twenty years ago, before any of us felt the full impact of social media, many organisations made the critical error of not listening to the people who helped their businesses become successful – their customers. Today, most companies can say that they have made a point of seeking out their customers’ opinions, and are carefully monitoring their reactions to campaigns and putting their valuable feedback into practise. Yet few have mastered the art of listening and speaking to their other most vital audience – their employees.

Similarly, internal communications can be the most neglected aspect of a Public Relations Strategy, which can be seen as a tool relevant only to…the public. In other words, the consumers, or businesses, that view, read or listen to external media promoting the company. But effective public relations has to take all the relevant audiences into consideration – including the all-important internal audience. There has to be a cohesive, strategic match between what is said internally and what is said externally.

Take a look at Barclays Bank, for example. In 2001, they launched the biggest marketing campaign that any high street bank had ever undertaken. Not only did they undergo a drastic re-branding process, they also launched a series of adverts featuring high-profile actors like Anthony Hopkins and Tim Roth. Internally, they reviewed their vision and mission, kicked off an employer-of-choice campaign, and started their Open Forums – with thousands of employees in attendance. Middle management was supplied with additional support and the CEO made himself available for lengthy interactive Q&A sessions with the staff.

At face value, it was a well-planned and thorough campaign. But it backfired dismally. The reason? At the time the bank was promoting itself as an employer of choice, they were laying off staff at an alarming rate – 7000 employees lost their jobs in one day. The ad campaign, designed to impress their customers with their large network that allowed them to log on from anywhere the world, made customers feel insignificant. Moreover, the ads emphasised that “anyone can be their own bank manager”, which made the employees aspiring to that position feel as though they had no chance of climbing the corporate ladder. Their biggest competitor, NatWest, latched onto this and quickly rolled out a campaign boasting about how they were extending – not decreasing – their own branch network, with ample employment opportunities. The conflicting messages led to a lack of credibility for both the messages – and the messengers.

Your internal and external communications strategies can’t be handled as two separate campaigns – there has to be a match. And you’ll find that your internal campaign has to be run very similarly to an external campaign – messages have to be agreed upon, and sent through the correct channels and media, to be truly effective. Just like your external audience doesn’t “buy” every single message pitched at them, your internal audience won’t necessarily believe or agree to take part in every single initiative. It takes time, patience and a good deal of knowledge to change an organisation from the inside-out.

This process is even trickier during times of complex changes – such as a merger or acquisitions.

Organisations who succeed at winning over their internal audience are the ones who’ve invested in solid internal communications research, audits and briefings, and who have created a culture of embedded change and constant two-way communications. And the PR professionals are the perfect facilitators of that process.

DUO is a Cape Town based marketing and communications consultancy founded in March 2004 by Judith Middleton and associates. We specialise in strategic marketing + communications to the South African information and communications technologies (ICT) industry. We market our clients locally and globally as well as service global clients operating in the local market.