In the wake of a spate of recent successes, Gerald Clark is now set to create a stir with his brand new album, Follow the River.

Clark, who started his career as front-man of local blues outfit Delta Blue and subsequently launched a prosperous solo career, has had quite the year. His Black Water music video (brainchild of Marius Joubert and Daneille Jacobs from Yesterfang Puppetry & Animation) won the number one spot on the MK Top Ten, sparking industry-wide interest and continued online attention from fans worldwide. The video was also selected as a candidate for the Supertoon Festival 2013 and will be competing against Björk, Radiohead, Gorillaz and other industry heavyweights. 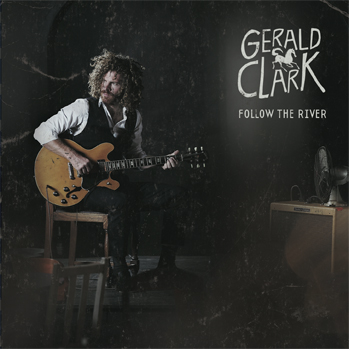 Hot on the heels of these accolades, Clark made his way to Czech Republic, where he played to sold-out venues and drew quite a few standing ovations. His albums sold out in the first week and a follow-up tour is already in the cards.

Never one to rest on his laurels, Clark has managed to put together a brand new album despite his hectic schedule. The work that features on Follow the River is a combination of older songs that accumulated over the years and new songs written to complete the album that didn’t quite fit the ‘blues mould’. Once in studio, these tracks were re-produced as part of a very organic and intuitive process that culminated in an album that will make Clark’s sound accessible to a wider audience. A mature and contemporary take on his established style, these new tracks are set to haunting melodies that serve to support the varied nuances of Clark’s distinctive voice.

After a very successful media tour in April/May 2013, some of the initial tracks from the album have already enjoyed airplay on commercial-, as well as student radio stations like RSG, Bay FM, Smile FM, SA FM and TUKS FM to name a few.

Audiences can look forward to a brand new direction that will see this versatile artist venture into previously uncharted waters and truly challenge himself and his repertoire.

If you would like to receive Gerald Clark’s album for the purpose of reviewing please let me know.

Gerald Clark will support the launch of Follow The River with an acoustic tour in August:

Where to buy Follow The River:
Albums can be ordered through Ice Carstens icecarstens@gmail.com . The album is also available at Classix on CD (14A Andringa Street) in Stellenbosch.