Bonnie Tyler fans can expect a Total Eclipse of the Heart when the electrifying Welsh songbird performs at The Cape Town Convention Centre on the 6th and 7th September 2013.

Bonnie Tyler, the husky-voiced pop-rock diva behind hits such as Lost in France, It’s a Heartache and Holding out for a Hero,Total Eclipse of the Heart , will perform at the Cape Town Convention Centre on the 6th and 7th September 2013 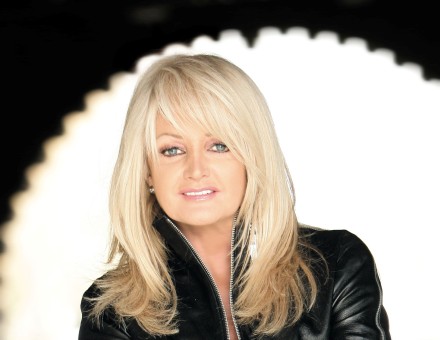 The concerts mark the long-awaited return to South African stages of Tyler, who last performed in the country  20 years ago. Having released a succession of irresistible classic songs in the 1970s and 1980s, she continues to occupy a special place in the hearts of many South Africans.

Tickets for these two shows  are now available  available at Computicket .

Bonnie Tyler was born Gaynor Hopkins in South Wales, and grew up surrounded by a large family. She was exposed to Motown music at an early age, and was particularly struck by the raw vocal power of two singers who would later have a huge influence on her singing style, Janis Joplin and Tina Turner.

She entered a talent contest at the age of 17 (coming second to a professional singer and winning the princely sum of £1) and went on to join the group Bobby Wayne and the Dixies for two years before forming her own band, Imagination, becoming a regular performer on the Welsh pub and club circuit.

“I decided I would change my name for the stage,” she says. “I put together a list of surnames and Christian names from a newspaper. I thought Bonnie Tyler sounded better than Hopkins. Now I like Gaynor and wish that I hadn’t changed my name.”

After a few years she was spotted signed to a record deal, but it was only after she had surgery to remove throat nodules in 1976 that her voice developed its trademark huskiness, earning her the moniker “the female Rod Stewart”. Her breakthrough hit in the UK and Europe, Lost in France, was followed by the mega-success of It’s a Heartache, which climbed into the top five in the USA as well.

It was  in the early 1980s, when Tyler seized back control of her career, that she made a fateful choice that would propel her to superstardom: partnering with Bat Out of Hell producer and songwriter Jim Steinman. Steinman instantly recognised the value of Tyler’s raw, passionate, powerful vocal style, and harnessed it to perfection on the album Faster Than the Speed of Light. 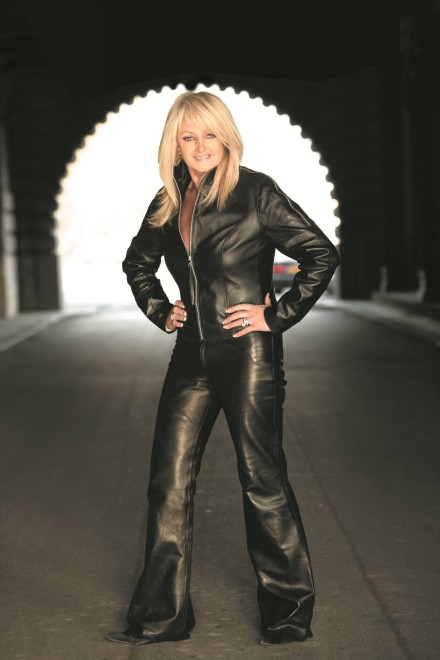 It would prove to be creative alchemy: within four weeks of the release of Total Eclipse of the Heart, the epic single had knocked Michael Jackson’s Billie Jean off the top of the UK charts.

It went on to sell over five million records and earned Tyler two Grammy nominations. The album shot straight into the UK album charts at number one, making Tyler the first female artist ever to achieve this feat, and went on to achieve platinum status in several countries, including South Africa.

Subsequent albums yielded standout songs such as the duets with Shakin’ Stevens (A Rockin’ Good Way) and Todd Rundgren (Loving You’s a Dirty Job, But Somebody’s Got to Do It). She has continued to enjoy success, particularly in Europe, where she has embarked on successful collaborations and duets, exploring other genres such as soft-pop and folk and making regular television appearances on charity drives and reality shows.

Tyler has been working on a new album, titled Rocks and Honey, which reportedly has a country-rock flavor and is due to be released this year.

Don’t miss the opportunity to experience one of the most powerful voices in pop-rock at the Cape Town International Convention centre 6th and 7th September 2013.

Book your seats at Computicket but don’t delay – they’re likely to be snapped up Faster Than the Speed of Light!