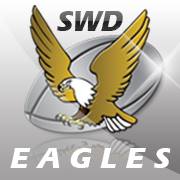 The Border Bulldogs missed 15 points with the boot as they went down 31-36 (halftime 16-14) to the SWD Eagles in the ABSA Currie Cup First Division match at Outeniqua Park in George on Friday. The visitors could easily have won the matcn had it not been for some poor kicking from Dale Sabbagh and Karlo Aspeling.

The Eagles outscored the visitors by five tries to four, but their indiscipline went unpunished as Sabbagh missed two conversions and two penalties, while the Bulldogs’ flyhalf, Aspeling, missed a conversion and a penalty.

The hosts started brightly when Dumisane Meslane went over for the opening try after just four minutes, with Justin van Staden adding the two points. But Border struck back with two tries of their own through No 8, Rynard van Wyk, after 12 minutes and then Chumani Booi just seven minutes later. Sabbagh missed both attempts as the visitors led 10-7 midway through the first half.

The fullback finally found some rythem as he extended the visitors lead to six points after 33 minutes. But the lead was short lived as Mzwanele Zito went over for the Eagles’ second try, converted by Van Staden, four minutes before the break.

Sabbagh slotted his second penalty of the night on the stroke of halftime as the Bulldogs regained the lead and went into the changeroom 16-14 up.

Shortly after the break, Aspeling took a sharp chance and slotted a well-timed drop-goal to give the men from East London a five point lead. But the Eagles levelled matters from the restart with a try from Roy Godfrey. Van Staden, who has been solid with the boot all season, missed the conversion.

Three minutes later the home side extended their lead when Van Staden converted a Clint Wagman try, the winger using his pace well to get over the line.

The Bulldogs then missed three penalties from Sabbagh and Aspeling, which would have given them a two point lead with 20 minutes to play, but they levelled the scores when Van Wyk went over for his second try, this time converted by Aspeling.

With 14 minutes left to play, Aspeling tried to slot a drop-goal but the ball sailed wide. The Eagles regained the lead through their try-scoring machine, Alshaun Bock. The left winger, who has two sets of hattricks to his name this season, crossed the line with just 10 minutes remaining, with the reliable boot of Van Staden adding the extras.

Van Staden then extended the hosts lead to 10 points when he slotted a penalty with just four minutes on the clock. The Bulldogs secured their bonus point for scoring four tries when Stephan Gerber barged his way over, with the conversion attempt from Aspeling sailing wide again.

The victory for the Eagles was an important one as they try to keep pace with the Steval Pumas, who are undefeated so far in this years competition. The five points collected from this match moves the George side onto 27 points from eight matches while the Bulldogs languish third from bottom with 11 points, just two points above the bottom placed Valke.