Rhinos in the Kruger Park are the victims of an escalating poaching war in which official statistics say more than 360 have been killed this year alone. Aerial surveillance is one of the most effective tools game rangers have against the poachers – thanks to a light aircraft funded by Vox Telecom and other donors.

The Kruger National Park is home to between 9,000 and 12,000 white rhinos – more than 60% of South Africa’s entire white rhino population – as well as between 580 and 650 of the highly endangered black rhino species. Roughly 5,5% of the Park’s rhino population is lost every year due to poaching – about 2 per day – and more than 70% of the rhinos poached in South Africa every year are killed in the Park itself. 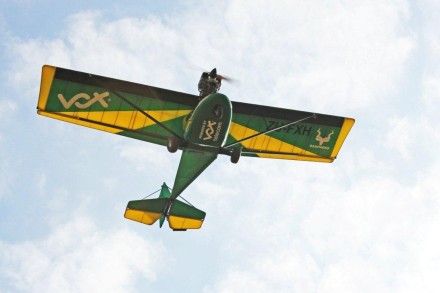 “The Kruger National Park covers an area of almost 19,633 square kilometres – that’s roughly the size of Israel,” notes Bryn Pyne-James, senior general manager for SANParks fundraising. “Protecting an area that large against poachers with ground-based vehicles alone is impossible, but with air support we have a chance.” 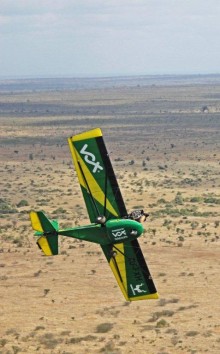 Efforts to bring aerial support to the Kruger National Park stems back to 1980s, said ranger Steven Whitfield, but it wasn’t until 2005 that they were able to obtain a plane light and strong enough to meet their needs. “We initially used a 4-cylinder Bantam light aircraft, which we traded up for a 6-cylinder Bantam,” Whitfield explains. “It proved to be a very important anti-poaching tool. Rangers must be able to spot carcasses and pin down the culprits quickly to effectively combat poaching. Poachers to tend to concentrate on one area at a time, often killing several rhino during a single incursion into the park. If we can find them quickly and use the aircraft to force them into hiding or slow them down, ground-based rangers have a chance to catch up. The plane has massive deterrent value.”

Unfortunately, the Park lost their Bantam aircraft last year when it was destroyed in an accident. The Park desperately needed a replacement, and hoped to purchase a Bathawk – a plane similar to the Bantam, but produced locally. A chance encounter between Vox Telecom CEO Jacques du Toit and Senior General Manager of San Parks Fundraising, Bryn Pyne-James, quickly led to Vox’s decision to make up the shortfall needed to purchase the plane, and cover its operating costs.

“Conserving our natural environment is one of the core aims of our corporate social investment programme, and this was one of the most rewarding investments we could make,” says Vox Telecom Head of Marketing Clayton Timcke. The company also acted as a  sponsor for the Rock ‘n Ride 4 Rhinos initiative, earlier this year. “This is providing the real, practical support the park needs to protect its rhino.” 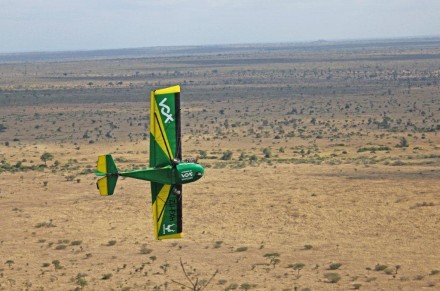 According to Timcke, the Bathawk will not be their only contribution to the conservation effort. “One of our goals is also to ensure connectivity for both tourists and rangers in the Park. We are actively engaged with SANParks to make this goal a reality. ”

Pyne-James says the park is raising funds to buy at least four more Bathawks so that rangers can cover the area more effectively. “We need to put the most effective tools into our rangers’ toolbox, and the aircraft have proven to be one of the best tools we have.”

The aircraft can be viewed in action on Youtube:

Corporate donors who wish to assist the Park with funding can contact Bryn Pyne-James on +27 (0) 13 590 1064 or via email, bryn.pyne-james@sanparks.org.

Vox Telecom Limited is a leading telecoms operator, providing voice, data and collaboration services to the southern African market. The Group competes in both the business and consumer sectors and has offices in Johannesburg, Pretoria, Durban, Cape Town and Port Elizabeth as well as in Windhoek, Namibia. Vox Telecom, established in 1998, has established itself as one of the major players in the telecoms market and is the largest black-owned telecommunications company in South Africa.

More information is available at www.voxtelecom.co.za 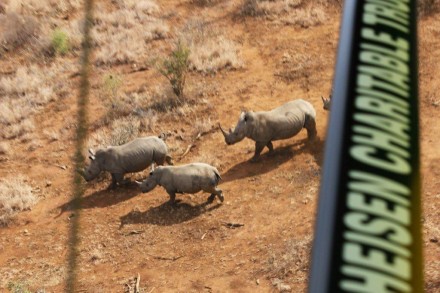