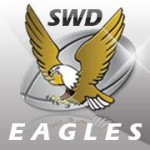 Fullback Scott van Breda nailed five penalties to help the Kings leap-frog ther opponents into second spot on the log but it was hardly an inspiring display by the home side.

With both teams chasing home semifinal playoff berths this was expected to be a tight affair. The fact that they are provincial neighbours added even more spice going into the occasion.

But it was tough, unattractive going from the start with neither side wanting to give an inch.

The Kings received an early setback when lock Samora Fihlani was carried off the field on a stretcher in the 14th minute for what looked to be concussion and was replaced by the experience of Wayne van Heerden.

The Kings shaded the territory in the first half but all they had to show for it after 25 minutes was two penalties from the accurate boot of Van Breda.

The score remained at 6-0 until just before the break when the Kings were penalised for offside. Former Kings flyhalf Justin van Staden slotted the attempt at goal to help finish the half off strongly for the Eagles.

Van Staden was at hand soon after the restart to level the scores at 6-6 with a smartly taken drop goal from only 15 metres out.

The action moved to and fro between the 22 metre areas with both teams making vital handling errors at critical moments — much to the frustration of the crowd.

The Kings appeared to lack ideas at times and resorted to kicking the high ball which more often than not resulted in them turning over possession.

They did manage to take the lead again on the hour mark with a Van Breda penalty. The flyhalf was again on target with another kick to extend the lead to 12-6 but it was hardly inspiring stuff from a team that fielded seven Southern Kings players.

Van Staden slotted his fifth penalty of the evening to give the Kings a nine-point buffer with eight minutes to play.

But the Eagles made sure of a losing bonus point when Van Staden converted a penalty with a minute left on the stadium clock.