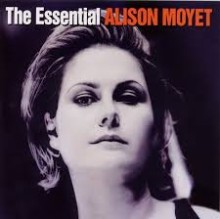 The inimitable and iconic diva, Alison Moyet, comes to South Africa for the first time to celebrate the Emperors Palace’s 15th birthday weekend on December 13th and 14th, 2013 and to the Liquifruit Amphithteatre in Paarl as part of the Culitvaria Summer Concert series. The three concerts will feature the very best of the bluesy voiced Alison Moyet and the hits of her Electro-Pop ‘80s band, Yazoo, her personal hits of the past 28 years and from her current hit album “the minutes”

An Essex girl, born Genevieve Alison Jane, to a French Father and English Mother, Alison left school at 16 and became famous at 21 as a singer/songwriter in her band, Yazoo.

The emotive songstress emerged from the British post-punk scene in the early 1980s as one-half of the synth-pop duo Yazoo – which sold millions of albums and enjoyed a string of hits over a two-year period, including “Only You” and “Don’t Go” which fit right into the electro-pop, rage-of-the-moment in the 21st century. Moyet’s voice stood out as the formidable instrument, as throaty as Janis Joplin, and as soulful as Dusty Springfield.

When Yazoo split up, Alison then went on to a flourishing solo career and in 1984 released her debut solo album, Alf, which became a huge hit worldwide. Between 1984 and 1987, Moyet was Britain’s best-selling female solo star.

Covers of “That Ole Devil Called Love” and “Love Letters” confirmed her reputation as an interpreter of classic songs, whilst the self penned hits “All Cried Out” and “Love Resurrection” confirmed her gift as a songwriter. The next few years saw more peaks with Brit Awards, topping the Billboard Top 40, a performance at the Live Aid concert and a successful 1987 collaboration with Eurythmics’ Dave Stewart on the hit “Is This Love?

She is currently enjoying great success with her acclaimed eighth album “the minutes” which shot to number 5 on the U.K. album charts. Prior to her exclusive Gauteng concerts, she will be touring  the United Kingdom, Europe and America in a series of greatly anticipated concerts.

Tickets start from R295 and can be booked through Computicket on www.computicket.com for all shows or by visiting Emperors Palace on www.emperorspalace.com  or phoning 011 928 1297/1213.  The show starts at 20:00 on both evenings in Johannesburg and at 19:00 in Cape Town. Culitvaria festival website is www.cultivaria.com