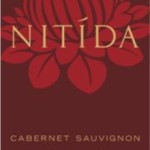 Cape Town, September 2013) On Friday, 06 September 2013, Nitida Cellars walked away with two Michelangelo International Wine awards. Nitida was honoured for its exceptional wines, with the Nitida Calligraphy 2011 scoring 95 – 97 points, which earned it a double gold.

A dynamic panel of international wine experts judged wines according to its characteristics based on smell, sight and taste. Additionally, the Nitida Cabernet Sauvignon 2011 and the Nitida Weisser Riesling 2013 was granted a Gold medal, which means that it scored 85 – 89 points. 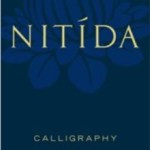 Bernhard Veller, owner of Nitida Cellars, says, “We are incredibly excited that our Calligraphy has again been honoured with a double gold medal at the show. We have been producing this wine since 1998 and have on numerous occasions had this wine acknowledged in diverse competitions.  The wine embodies all the elements that we hold close to our hearts, bold character while maintaining extreme elegance and finesse, rendering a wonderfully approachable experience. Blending of red and white wines is a passion that we commit to at Nitida, producing wines that are at all times more than the sum of the parts.”

Approaching the winemaking process in a very personal and traditional way, this family owned cellar has been serving its clients for over 20 years at its pristine Nitida Wine Farm. For more information on the 17th Michelangelo International Wine Awards of South Africa or Nitida Cellars, kindly visit www.nitida.co.za