The 27th Annual Bodyboarding Championships, Bigger than ever!

22 September 2013 – This coming week presents the most nationally anticipated bodyboarding event of the year, in which 160 of the country’s best bodyboarders will compete against each other in the largest gathering of bodyboarders in South Africa. t has just been confirmed that the SA Champs will be a 6A rated event, with Pro prize money totalling R24 000 and product prizes to the value of R50 000! 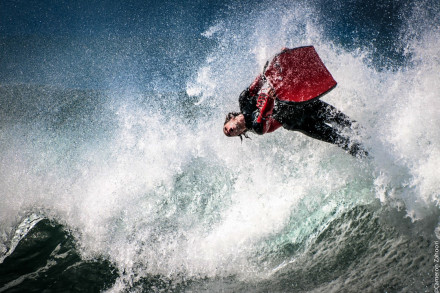 For the first time in 27 years, the annually ran championship event will be taking place in Outerpool in Mossel Bay, which is rated at one of the most consistent waves in South Africa, working best at 3-5ft and a South Westerly wind direction. SABA Chairman, Michael van Huyssteen is ecstatic about the new venue. “This is fantastic. Many bodyboarders around the country have not had the opportunity to surf this much talked about bodyboarding surf spot. Now they will with only another 3 riders in the water,” he said. 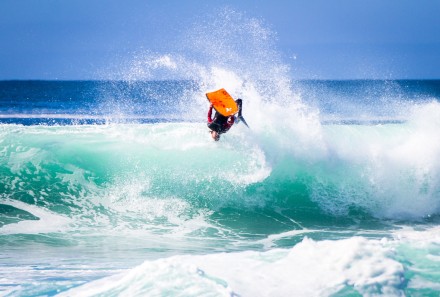 This year’s contest, which will be a part of the MosselBay sports festival, will provide high performance action and incredible aerials for the thousands of holidaymakers that flock to this popular location during holidays. The contest will feature 7 regional teams, including Southern Cape, WesternProvince, EasternProvince, Central KwaZulu-Natal, Northern KwaZulu-Natal, Southern KwaZulu-Natal and Boland. Each of these provincial teams are made up of 23 members contesting for a total of 8 divisions, Boys, Juniors, Mens, Womens, Dropknee, Pros, Masters and Grandmasters which equates to over 160 of the countries’ top bodyboarders competing to become the South African Bodyboarding Champion in their respective divisions.

Another trophy that will be passionately fought for is the Provincial Trophy, in which all 7 provinces’ riders will go head to head throughout the contest in the attempt to secure as many points as possible for their province. The team with the most points over the duration of the event holds the Provincial “Fishman” Trophy for the entire year. 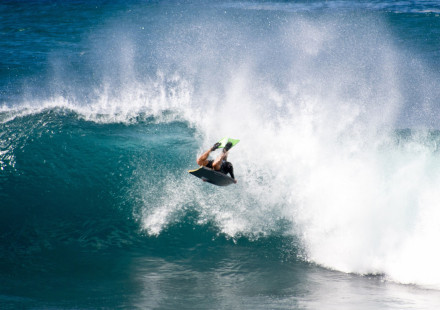 The winners of the pro division will receive cash prizes equalling R20 000 and the winners of non-pro divisions are set to receive over R50 000 in product prizes. This year’s main product sponsor, Maniac Bodyboarding SA’s co-founder Sean Muller is thrilled to be sponsoring the event. “One of the reasons we started Maniac Bodyboarding was to give back to bodyboarding, so when we were asked to sponsor the event we jumped at the opportunity, we all need to get involved, do more and give back to SA bodyboarding,” Muller said. “Nothing better than seeing hundreds of South Africa’s top bodyboarders together in one place, the vibe is always incredible, honoured to be competing in the bullets division but also stoked to just be there and watch the top riders battle it out for their teams and the Fishman.”  In addition to prizes and contributions to the event Maniac will be using the event as an opportunity to scout for new talent to sponsor for the 2013/14 season. “As much as we are looking for SAs top competitors we are also looking for ambassadors to represent and promote the Maniac brand throughout SA,” said Muller.

Other product sponsors this year include Zion South Africa, The Pit, Gunslinger Longboards as well as Island Style. “This value of sponsorship should be credited to the SCBA for their tireless effort in selling the event. I’m sure that all the prize winners will be very thrilled as well. Thank you to all the contributing sponsors.” 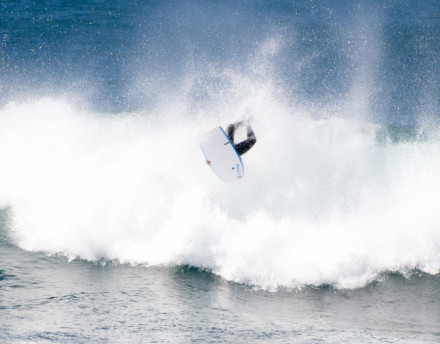 SABA as well as the SCBA will also be running a development clinic during the 5 day event at DiazBeach for the underprivileged and disadvantaged youth. During the development clinic the country’s top bodyboarders will do their part in giving back to the community by teaching young locals how to bodyboard in an effort to empower the youth.

“I have a great deal of confidence in the SCBA being able to pull off an event that would showcase the elite talent of South African Bodyboarding at the highest level,” said van Huyssteen.

SABA runs bodyboarding in South Africa. A non-profit organisation operating for the aim of developing and nurturing new bodyboarding talent, as well as providing rules and structure to contests from club level to national level.