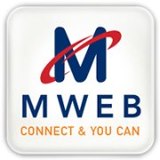 (Cape Town, 01 October ) MWEB GameZone and EA officially launched one of this year’s most anticipated gaming titles, FIFA 14, in Cape Town on Friday.  The MCave, located at MWEB’s head office in Parow was bustling with excitement as guests got a first-hand try at the title’s notable improvements and additional features.

“FIFA Gamers have been looking forward to seeing what the latest title has in-store,” said MWEB GameZone manager Desmond Kurz. “With the release of significant features, particularly pure shot mechanics and real ball physics, EA has taken this game to another level.”  The remarkable new features had guests entertained for hours as they eagerly took on the gaming pro FIFA players for their try at a win of some awesome prizes including ROCCAT headsets, Gunnar Glasses, Mad Catz MLG controllers to name a few.  “There are now more teams and divisions than ever before and the addition of legends to the ultimate team mode is definitely going to attract gamers to FIFA 14,” said Western province FIFA pro Morne Roman.

There was an impressive turnout of media including DStv Africa Magic’s Stargist crew and e.tv sports news, as well as the support of media personalities Carl Wastie and Tammy B from Good Hope FM.  Between trying to score goals in the game and waving for the pretty Red Bull ladies to quench those gaming thirsts, guests were seen rustling through their enticing goody bags. In it they found gaming gadgets from ROCCAT and Speedlink, Far Cry 3, a Dell mouse pad, goodies from MWEB, a copy of The Red Bulletin magazine and of course a limited edition FIFA 14 t-shirt.

An evening of first-time experiences, good food, entertaining personalities and lots of soccer action was a great way to commemorate the launch of such an acclaimed gaming title.  FIFA 14’s nod of approval was made apparent by the guest’s loud cheers and enthusiastic participation in the “challenge a pro” mini-tournaments. “ I am so excited about this game, thanks so much MWEB and EA for this awesome opportunity,” said Jason Murphy who was one of the lucky winners of MWEB’s Golden Ticket competition which gave thirty fans the chance before the launch to enter a competition to be there on the night and experience FIFA 14 before anyone else.

Another successful launch of a highly sought after gaming title sees e-Sports growing on both a local and international scale. “e-Sports are starting to be taken more seriously now with the recognition of the skill and effort that is needed to play well. This year saw SASCOC grant e-sports tier one status which means gaming is now affiliated with the same repute as physical field sports such as rugby and cricket,” said Kurz. “We are proud to be a part of this growth in e-sports and look forward to what’s to come.”

Since 1997, MWEB has been championing a free web in South Africa. It has led the industry from the start with the introduction of the Internet to South Africans to the launch of South Africa’s first Uncapped ADSL product. Today, MWEB provides Internet connectivity and solutions for home users, business owners and large corporates.

Dedicated to constantly driving change in the industry and deploying world class research and development teams, MWEB is focused on removing all barriers to Internet connectivity and services to positively impact its customers and broaden the South African Internet landscape.