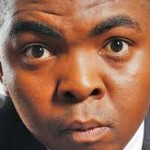 eNCA’s news parody show, Late Nite News with Loyiso Gola (LNN), created and produced by Diprente Films has been nominated for an International Emmy award in the comedy category by the International Academy of Television Arts and Sciences.
The 41st International Emmy® Awards Gala will be held on November 25, 2013 at the Hilton New York Hotel.

“Late Nite News has become part of our national conversation. It has taught us to laugh at ourselves and see the truth through humour. I see LNN as an extension of our news service at eNCA and value the hard work and dedication from Loyiso Gola, Kagiso Lediga, Tamsin Andersson and the rest of the team.” said Patrick Conroy, eNCA Group Head of News.

Tamsin Andersson, Producer of LNN said that “It’s a great feeling to have this recognition. The LNN team has worked tirelessly and passionately on the show from the beginning and it is humbling and very exciting that the Emmy’s have given us a nod. Thank you to eNCA and e.tv for all the support”.

In a statement released in Cannes, President & CEO of the International Academy of Television Arts & Sciences, Bruce L. Paisner said “Every year, the global television community competes for an Emmy®, the most prestigious of all media awards, and we congratulate the 2013 Nominees for their outstanding programs and performances.”
About Late Nite News with Loyiso Gola (LNN)
A mad-cap take on South Africa’s ever changing political and social landscape, there are no sacred cows for this weekly satire.

Anchor Loyiso Gola is joined by David Kibuuka, the reluctant foreign correspondent, and Chester Missing – widely considered to be one of the most insightful (albeit plastic) commentators in the nation.

LNN draws on the endless material given to it by South African politicians. It enthralls viewers from across the political and social spectrum, and is committed to poking fun at the South African condition.

LNN is currently in it’s 8th Season and will celebrate it’s 100th episode on air at the end of October.