SOUTH AFRICA (SEPTEMBER 2013) – Once upon a time there was a woman who had a dream to make the legacy of her mother and grandmother known to the people of her town.this is only a fairy tale. The real story is that Carol-Ann van Jaarsveldt took the legacy of her mother and grandmother and turned it into an epic tale of hope, encouragement and belonging. The vision she once had is now the driving force of many people who are wrapping South Africa and Namibia in pink to signify new life during and after cancer. During October 2013, with the sponsorship of Estée Lauder South Africa, people all around South Africa and Namibia will see everything turning pink.from tree trunks to construction cranes! 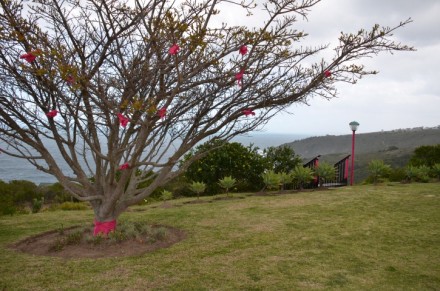 Carol-Ann van Jaarsveldt lost her mother and her grandmother, both named Pauline, to cancer.  She acted on her dream to communicate the legacy of these two women, who both played significant roles in her life, and made it a reality in her hometown Graaff-Reinet.  The ‘Pink Trees for Pauline’ initiative was then born, as each of us knows, or is connected to, our own “Pauline”. To raise cancer awareness all the trees along the roads in Graaff-Reinet were wrapped in pink material.  In 2012 the non-profit company ‘Pink Trees for Pauline’ was founded and one woman’s dream became a larger-than-life project which astounds every day. 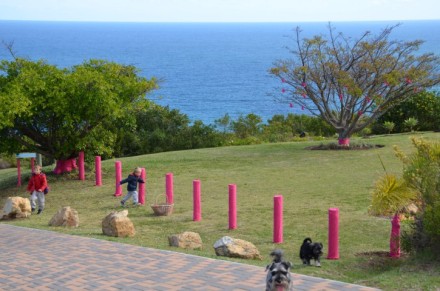 This delicate dream of one woman not only brought her healing, but it stirred a whole nation into action.  Within 8 months of its inception the Pink Trees for Pauline initiative was making pink waves throughout South Africa and Namibia.  What makes this initiative even more unique is that it is the first time that various registered cancer related organisations will get involved on an enormous scale like this.  Pink Trees for Pauline is also the first cancer fundraising and awareness initiative where a number of cancer organisations will benefit from the funds raised.  The fact that 80% of funds raised within towns will be allocated to cancer organizations in those specific towns compels everybody involved to take ownership of this initiative.  Committees are appointed in all towns and these committees will allocate the funds raised to the relevant organisations. 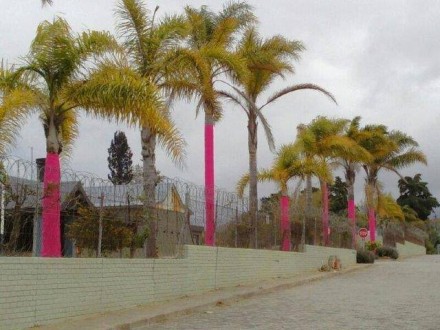 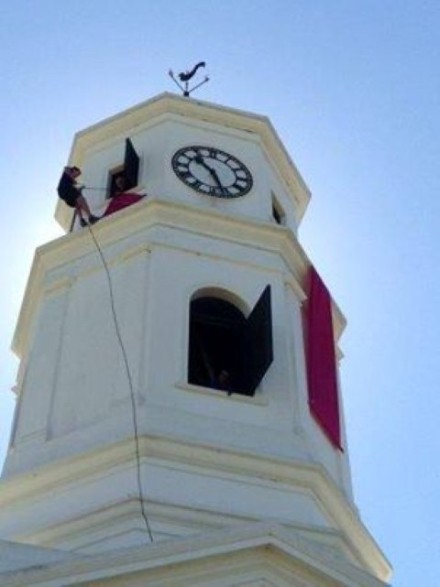 In the words of Adri van Nieuwenhuizen “The Bridge we build for others makes the road we walk on easier for us”.  The spirit of unity is at the heart of Estée Lauder Companies’ global 2013 Breast Cancer Awareness Campaign.and from now on also embodied in Pink Trees for Pauline and wrapped in pink.

Visit facebook.com/PinkTreesForPauline for the latest information.