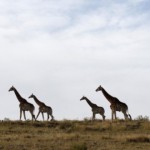 Cape Town – People who are keen for a job in the hotel industry or as a travel agent have more chance of being hired in Joburg than in Cape Town.

The record numbers of tourism jobs currently available nationwide – more than 3 400 – indicates that this sector is “booming”, said Gabriel Puliatti, of the job search engine Adzuna.

Tourism Minister Marthinus van Schalkwyk has said that for every job in the tourism sector, at least two jobs are created in the broader economy.

In its study of the 250 000 listings for the travel and hospitality industries over the past three months, Adzuna found that Joburg offered the best salaries and a greater chance of getting a job. For every tourism-related job offered in this Gauteng city, there are an average of 54 applicants.

Cape Town, by comparison, has 58 applicants for every post advertised.

But if you’re keen to work along the scenic Garden Route, in Mossel Bay or Plettenberg Bay, you won’t struggle too much to get a job in tourism. There are only about 15 applicants for every job in these areas, compared with the highly competitive job market in Paarl where more than 400 people applied for each position advertised.

Puliatti said job hunters should steer clear of Limpopo, where the vacancy per candidate ratio was more than 2 300 per job.

The biggest discrepancy between job seekers and posts was in Pietermaritzburg, where there were about 5 737 people for every job advertised.

More than a third of all the available tourism posts around the country are in the hotel industry, but there’s also opportunity for job seekers looking to work at a game lodge or as a travel agent.

Puliatti explained that Adzuna drew its conclusions by looking at the salaries, availability of jobs and therefore the competition, as well as the number of tourists coming into the country in the past four months.

Each location was scored by analysing the number of tourists in the region, the average salaries offered and the average number of jobs in the sector.

This score was then used to rank more than 200 locations countrywide.

Puliatti said the full results of the survey would be released on its website adzuna.co.za this weekend. – Cape Argus