Eight men with unique stories and one common core idea: this is the White Collar Club. A collective of men from various parts of the world, the White Collar Club is a vocal collaboration like no other. Some from music schools; some from internationally acclaimed vocal ensembles; some from funk and soul bands; others from rock bands; performing to thousands of fans across hundreds of stages and supporting top artists on tour – each member of the White Collar Club adds his own ideas to form one unique sound. 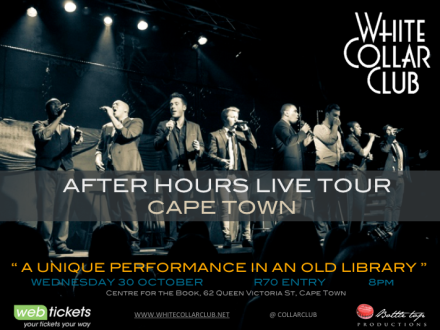 Soulful, artistic and charming, each of the eight members is the epitome of the modern gentleman. Constantly inspired by some of the greatest musical minds in history, they shared a vision of using their training, exceptional talent and years of performance experience to create a new sound and an album that’s as emotionally engaging as it is groundbreaking.

Collaboratively written within the group, each song on the group’s debut album “After Hours” brings together each of the member’s wildly different backgrounds – for an honest, raw, bold and richly textured experience that’s incredibly distinctive.

The White Collar Club goes beyond musical moments to create an emotional journey – a full experience that’s as real on stage as it is on the album. 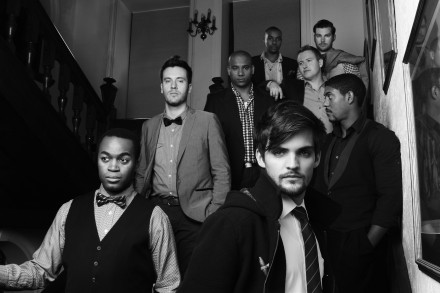 Listen to their album After Hours here:   www.soundcloud.com/whitecollarclub