Albert Frost is a familiar and respected feature of the South African blues rock music scene. 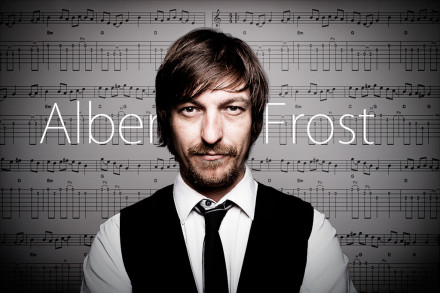 For the past 20 years, this accomplished and versatile guitarist has performed locally and abroad. His energetic performances dazzle as he deftly alternates between rhythm and lead, while showcasing acoustic and electric guitars. He is one of only 6 Fender endorsees in South Africa.

His first love is blues, stemming from the influence of his long relationship with the Blues Broers with whom he has performed since 1994. He has recorded with Arno Carstens, Koos Kombuis, Chris Chameleon, Blues Broers and many others.

He has performed with every major artist in South Africa, with international artists like Ali Faka Toure and Finley Quaye.

He has toured with Simple Minds and Rem, and supported the Rolling Stones.

His patent enjoyment of the music he performs and his instruments as well as his charming rapport with the audience, keeps his admirers captivated and returning for more.

“Frost is one of the most versatile and talented guitarists in South Africa. Seeing him wield his myriad axes is a lesson in what is possible with a guitar. ” Murray Walker, What’s On, July 2013.

Hear my Train a Coming – http://www.youtube.com/watch?v=l3GTbSpahMc