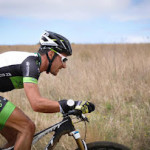 Sometimes when Rob Bell is working he has to pinch himself and remembers in utter amazement: “This is my job”.

The presenter of Man vs World – a new six-part series airing on the Travel Channel – gets to travel and do all the sports he loves in far away places.

The Londoner originally earned a Masters degree in mechanical engineering from the University of Bath and organised to finish his dissertation at a university in Lyon, France, so that he could be closer to the Alps. To ski, of course.

Working with an environ- mental organisation in their media department, he would enter adventure-type competitions where trips were the eventual prize and he decided to “have a go and see if could do the tv stuff”.

Co-hosting Engineering Giants for the BBC led to this particular proposal – the working title was As the Crow Flies, but now it’s Man vs World – and he gets to climb on his bike and ride to work.

The 34-year-old insists he isn’t actually an adrenalin junkie, he’s just willing to have a go and a laugh.

“I enjoy a bit of danger and fear, and those are all qualities that help me get through this show with a smile on my face at the end of the day.”

While the show starts in Cape Town, the first part the makers filmed was in England, with a bike trip down Mount Snowden and a gander around the Snowdownia National Park.

Apparently, for once the weather was amazing, which surprised even the locals.

Coming down the mountain with some professional mountain bikers who wanted to show off their favourite haunts, wasn’t all plain sailing, though.

“I got a bit over-confident and wanted to try and start doing what they were doing and I took a couple of massive wipe-outs. Yeah … so I get humbled in each episode,” he said wryly. (Supposedly there’s an incident with a horse later on in Plettenberg Bay, but whether that makes it into the actual episode or the out-takes remains to be seen).

Then it was off to Cornwall and south west England for an episode on the UK coast: “The swell was up so everyone was out surfing.

“The UK has a lot to offer, which we often forget about our own country and we fly off to the rest of the world. It’s a beautiful country.

“That said, I am ecstatic to be down in South Africa, because there is a different kind of beauty here.”

Bell was in Mzansi in June to film two episodes of Man vs World, one along the Garden Route, and one in Cape Town.

Again, he managed to find a gap in the weather, filming in almost ideal conditions.

He spent a morning canyoning down Salt River towards Bloukrans Bridge, the site of the world’s highest bridge bungee jump.

“You would turn corners sometimes… the only place I have ever seen like that was in the movies, something that’s very fantastical or only Hollywood could come up with, and there it was in front of me, this natural beauty, but the only way to access it is to get involved, get wet, get a wetsuit on and take yourself down these waterfalls. For me that is where I get my enjoyment, which hopefully will come off in the show. That and the beautiful surroundings.

“Also, I have to emphasise in South Africa the people you are doing it with, because they are so passionate about where they live and the beauty and they want to show that off to the rest of the world. Not in a kind of show-off, look we-live-in-a-better-place-than-you way, it’s just ‘I want to share this with you, you’ve made the effort to come and see this, I really want to show it to you.’”

Around Cape Town he ran a trail run in Nature’s Valley, absailed off Table Mountain and wanted to get in some dragon boat racing if they could squeeze it in.

From there it was off to Poland and the Czech Republic.

The show revolves around the concept of travelling by non-motorised transport, “so under my own steam, with a bit of help from gravity every now and then, in a way that can show off the area in which we are.

“We want to show these amazing places you can visit and I will be undertaking that journey via a series of adventurous modes of transport.

“Even if you’re not into loads of activities, it’s still a beautiful place to come and visit.

“That is pretty much the concept.”

The backbone of the show is him and his journey and he gets quite excited every time he does one of these adventures: “Hopefully that rubs off on anyone who also enjoys the kinds of things I do: getting up, going about, not just sitting on a beach, actually exploring where we are, meeting the people, which is what I get to do in every single place and seeing things from a perspective you might not always see if you go on the same old tourist routes.”