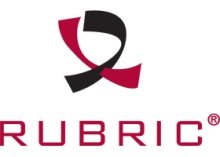 English, once the standard in a US-dominated Web, will be overtaken by Chinese as soon as 2015, according to the UN Broadband Commission. Meanwhile, according to NET.LANG – Towards the multilingual cyberspace (2012), Spanish is now the third biggest language on the Internet while Portuguese, Arabic and Russian are making rapid inroads.

The message? Better start translating if your markets are multinational. English may have hopes of becoming a universally spoken second language, but language differences are becoming surprisingly pronounced as a wave of new content is being produced in other languages.

Man and machine
You may already be thinking ‘Google Translate’. Don’t. Translation is one task for which we still need humans.

A website is like a brochure. As the public face of the organisation it has to be perfect – in the original language and all of the translated languages. Just as you don’t run a brochure through Google Translate and print 10 000 copies for distribution, you don’t do it with a website.

But while the human element has its place, for instance to interpret nuance, tone and context, computer-aided translation (CAT) techniques can greatly speed up human translations, by automating and scaling tasks; and increase accuracy with a more systematic machine-driven approach.

Don’t leave it too late
Imagine this scenario: The website you commissioned is delivered. The language and images are perfect for the target market and it looks great. But incredibly, no-one thought to commission foreign-language versions.

Translating all but the smallest websites into multiple languages can be as gruelling as producing original content. For one thing, translating Web content is not as simple as translating print copy. The language is served live by host systems, and special inter-dependencies exist between multiple language versions for the sake of efficiency and accuracy (e.g. to prevent duplicated effort or omissions when making changes).

In other words, it has all the complexity of a software project, requiring complex engineering and testing to ensure translations are done systematically and don’t break any code in the process.

In these circumstances, a French or Cantonese version as an after-thought is a grave oversight that can push back delivery dates significantly. It is possible to go live with the English version and handle translations as subsequent projects, but this could push out foreign product releases. Language service providers (LSPs) with software skills can overcome this with their expertise in managing parallel projects while ensuring professional translation and coding outcomes.

Structure the website for translation
The website needs to be structured to enable easy extraction of content to be translated, and reinsertion of it into the appropriate new-language locations, while preserving the original formats. Not doing so can result in lengthy delays, up to months.

Many Web content management systems, such as WordPress and Drupal, do not lend themselves to such workflows – translation is often an add-on. Nor do they come with any sophisticated means to structure content. Organisations that use these systems should use LSPs with an understanding of how these add-ons work and how their processes can be automated and content structured to ensure a good result.

WordPress for instance, does not allow changes in multiple language versions to be auto-replicated out of the box. Only LSPs with software skills can code in the processes that will achieve this. Another special skill of LSPs is in creating process relationships between Web menu items and the articles associated with them. While menus and articles are logically connected, their translation is handled separately, so the connection has to be coded.

Test, test and test some more
Translated websites must be tested in a systematic fashion with issues recorded, fixed and regressed (retested to ensure a bug-fix didn’t cause another glitch).

Error messages are often overlooked, but also need to be tested. In some ways they are even more important. If the user does not understand the error message, they are unlikely to be able to fix the error.

Deal with linguists
It is tempting to employ translators on the basis of their proficiency in a language, but a German-speaking person who doesn’t live in Germany or wasn’t trained as a linguist may forget that German numbering convention uses commas and full stops differently from the usage in other countries. €3,700 will get you a yellow mini in Ireland, but only some Greek tea in Germany.

Ambience
Localisation, as noted above, is about more than language. Images need to resonate with the audience. Also consider tone and form requirements, such as formality – be aware, for example, that Google Translate will translate informal English into informal German, whereas certain German audiences are sticklers for formality (older, wealthy patrons).

Do it well
In our experience, translating a global website into local languages has an immediate impact on top-line revenue.

But be sure of the need to translate, the reason and the audience. If it is important to you, be sure to factor in enough additional cost and time, because it will carry your brand in a new market. A poorly translated website can be as damaging as no translation at all.

About Rubric
Rubric Inc is a global language service provider (LSP) that serves companies in the high-technology, software, marketing, tourism, manufacturing, media and publishing industries. The company specialises in document translation, desktop publishing, typesetting of translated content and localisation of software and websites. It translates into 103 languages through an extensive network of in-country professionals. Its highly refined localisation processes help identify and eliminate many problems upfront.

Founded in 1994, Rubric was one of the first LSPs to automate language processes for technology companies to reduce costs and time to market. International clients include Amway, Toshiba, Bose and SAP. Rubric South Africa, which has been active since 1997, has facilitated African language translations for Microsoft, Firefox Mozilla, Oxford University Press, RhinoAfrica, Development Bank of Southern Africa and Jupiter Drawing Room.Rubric’s headquarters are in Edinburgh, Scotland with offices in San Jose (CA), Danbury (CT) and Cape Town (South Africa). For more information please visit: www.rubric.com