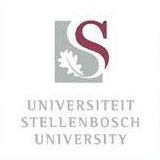 On Thursday 28 November, students of Stellenbosch University’s (SU) Faculty of Military Science, based at the Military Academy in Saldanha, will embark on a nine-day endurance race by land and sea to raise funds for charity.

The money will go towards community development projects run by Maties Community Service and MASIZA, the Academy’s community service organisation.

Each year, the Military Academy raises funds by planning, organising and participating in a unique event called Exercise TRANS ENDURO. Three teams – a land, cycling and sea team – travel from Port Elizabeth to Saldanha over a period of nine days, staying over in towns along the way. A total of 200 Academy students will participate in the event this year.

While the cycling team covers a certain distance on bicycles, the sea team travels along the coast with two rubber dinghies, and the land team drive vehicles from town to town. At certain points the teams change and do community service in towns along the way such as, cleaning streets and neighbourhoods, painting school buildings, and visiting retirement homes.

The entire exercise is planned and executed by the Academy students. This develops their leadership skills and enhances their understanding of the practical issues related to community service. In return, communities get exposed to the high calibre of the young men and women serving in defence of the country.

On Thursday, 28 November, the team starts at 08:00 in Port Elizabeth, and travels to Jeffrey’s Bay. The next day they travel to Plettenberg Bay where they stay until Sunday, 1 December. On Monday, 2 December, they move on to George and on Tuesday, 3 December to Stilbaai. On Wednesday, 4 December, they depart for Struisbaai, the next day it’s off to Hermanus, then Cape Town to return on Saturday, 7 December back in Saldanha.

Sat 7 Dec: Waterfront at Cape Town – arrive at the Jetties at Pedros in Saldanha