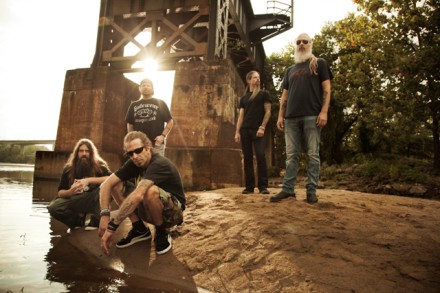 “With only two dates available, we’ll be touring them to Cape Town and Johannesburg,” said Dawid Fourie of RAM Touring, “and we’re expecting that by playing those two cities, the maximum number of fans will get an opportunity to begin planning early for a trip to one of the larger centres.”
Lamb Of God, from the State of Virginia in the USA, were formed in 1990 with current members John Campbell on bass, Mark Morton on Guitar, and the legendary Chris Adler on Drums.  Vocalist Randy Blythe joined in 1995 and drummer Chris’s brother Willie Adler replaced Abe Spear on guitar in 1999, resulting in the current line-up which spans more than a decade; and introducing the electrifying chemistry which has launched a successful career for the band we see today.

MK Ondergrond chatted to LOG bassist John Campbell at Wacken in Germany about getting banned and the upcoming SA Tour:

Johannesburg Venue: The Johannesburg Expo Centre, Nasrec (Hall 8) is situated just to the South-West of the city CBD on the Corner of Rand Show and Nasrec Roads, directly adjacent to the iconic “Soccer City” National Stadium.  The best approaches from the directions of Pretoria, Sandton, OR Tambo Airtport, and Bloemfontein are all well detailed on the venues website here: http://www.expocentrejhb.co.za/map-a-directions-to-expo-centre 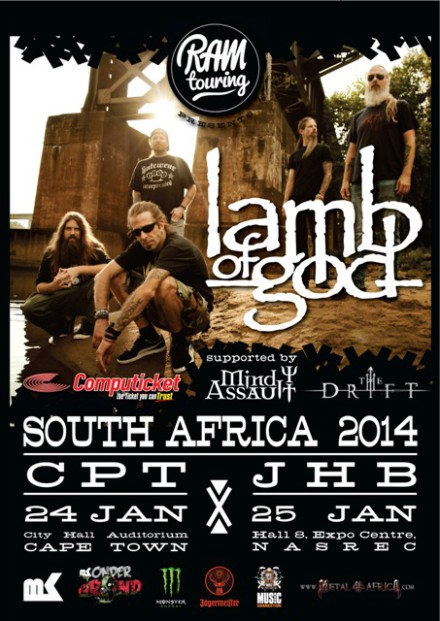