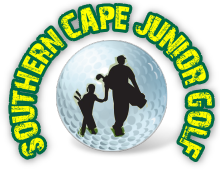 Roux’s eight charges drew level with A-Division debutants Limpopo in the morning foursomes, but Adriel Poonan, Stefan Wears-Taylor, Nicholaus Frade, Albert Venter and Keegan de Lange secured the victories in the singles to put the 2012 champions on the front foot with a 7-5 result.

Twelve months ago, the Gauteng North junior squad sparked a winning run for their union with victory at Paarl Golf Club. Although Louw tries to downplay the statistics, his players are determined to keep the winning run going.

“After the juniors claimed the SA Junior IPT, the U-23 team followed suit,” Louw explained.

“Then our premier team won the SA IPT in Rustenburg and the ladies the SA Women’s IPT for a seventh consecutive time in Port Elizabeth. Our men also won the International Teams championship and our ladies the 72-Hole Teams Championship.

“It’s only natural that the juniors feel they have to keep the run going and finish the season on a high note for the union.”

“The matches were very tight and we had quite a bit of pressure on us, but I am really proud of the way the guys rallied in the singles to secure the first two points for us,” Louw said.

“Match play is so unpredictable, but every member of the team gave his best effort and, as a manager, that is all you can ask from your team.”

In the other A-Division matches, Central Gauteng and Ekurhuleni drew 6-all, while hosts Western Province thumped Eastern Province 8.5-3.5 to edge out Gauteng North on game points for the top spot on the A-Division log.

Province held a 3-1 lead after the foursomes and Hayden Garcia, Michael Sherriff, Altin van der Merwe and Ian Snyman added five points to their tally in the singles.

Meanwhile Southern Cape enjoyed a dream start in the B-Division battle for promotion.

The Garden Route side handed Border an 8-4 drubbing and pounded Mpumalanga 9.5-2.5.

Significantly, there were no obvious stars in the Garden Route side, but rather a squad that played solidly, both as individuals and as a unit.

The team scored a whitewash in the both foursomes, while Johan Oosthuizen, Cyril Botha, Cameron Moralee and Jovan Rebula won their singles matches against both opposing sides.

Border managed to exact some revenge, though, by defeating Mpumalanga 8.5-3.5.

In the other three-way match, KwaZulu-Natal drew 6-all with North West, who beat Boland 6.5-5.5. But Boland team also levelled the playing field by taking down KZN 7-5.