The SWD U13 and U17 representative age group teams started their national tournaments off with some solid performances. All of the CSA Age Group Cricket Weeks take the format of time cricket matches on day one and two, two T20 games on day 3 and 50 over matches on day four and five.  A tough week’s cricket for young aspiring cricketers who all hold dreams of playing for the Proteas one day! 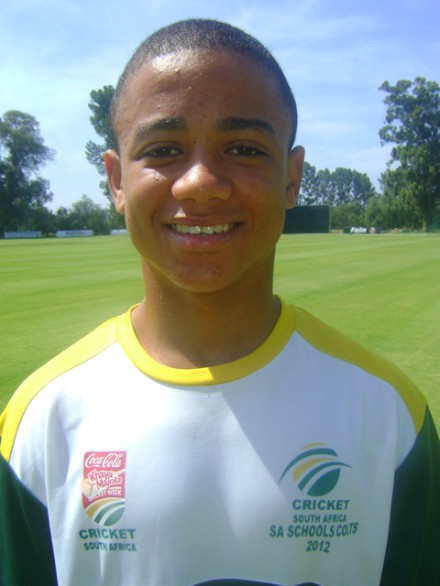 The CSA U17 Week is being hosted by Boland Cricket. Their first fixture on the 6th December was against  a strong Northerns team who batted first and scored 233 in 65 overs. The pick of the SWD bowlers was Juan Heunis with figures of 13-0-45-3. In reply SWD scored 174/8 in 61 overs with the captain, Eldin Rossouw scoring a brilliant 107. The match was drawn. Day two’s opposition were North West. SWD batted first with Juan Heunis top scoring with 74. A number of the SWD batsmen got in and got starts but did not convert and SWD were bowled out for 203. In reply North West scored 261/5 with Drikus Visagie being the pick of the bowlers with figures of 12-1-39-3. The match was drawn.

The CSA U13 Week, hosted by Free Statesaw SWD play Griquas on day 1. SWD were bowled out for 115 with only captain Tristan Stubbs scoring (47). In reply Griquas scored 173/8 with Brian Jack being the pick o the SWD bowlers taking 4 wickets and ending with figures of 8-0-24-4. SWD lost on the first innings. Against Mpunalanga SWD scored 188 all out with Brian Jack showing his all round skills by scoring 54 and Jean Bruiners top scoring with 61. Mpumalanga was bowled by some quality bowling from Matthew Bolttler (8-3-22-4) and Neil Bekker (8.2-3-14-4).  SWD won on the first innings.

Day three’s first T20 game against Border was a tough one with Border scoring 124/6. The SWD bowlers bowled well and although they bowled a fairly tight line and length struggled to pick up wickets. In reply SWD could only manage 97/9 in their allotted overs with Tristan Stubbs top scoring with 23. SWD lost by 27 runs. Against Limpopo the bowlers faired better, led by Matthew Bolttler who picked 3/7 and Bugan Esau who took 3/11. Limpopo were bundled out for 71 andSWD knocked off the score 6 wickets down to record a 4 wicket victory with Neil Bekker (19*) and Sheldon Carelse (13*) taking them home. Both teams have two 50 over fixtures remaining.

The SWD U15’s, under coach and ex Dolphins player David Pryke’s experienced eyes, travel to Johannesburg with their first fixture against Limpopo on the 13 December while the SWD U19 team travels to Durban for the Coca Cola Khaya Majola Week. Coach Andre Du Plessis is looking forward to a hard week’s cricket.