South African novelist Charmaine Pauls will sign copies of her latest romance, The Winemaker at The Village Bookshop in Plettenberg Bay on 27 December from 18h00 to 19h00. The author’s first appearance at the venue was in 2012 with her debut novel, Between Yesterday & Tomorrow.

The Winemaker is the story of a British woman, Zenobia Rambling who gives up her life in London and travels to South America to marry her Chilean fiancé. The minute she arrives on foreign soil, her fiancé leaves her for his agent. Penniless, jobless and alone, Zenna finds herself with a house she cannot afford and owning a stolen vehicle by accident. After a scary encounter with the Chilean police, Zenna is prohibited from leaving the country until the date of the court hearing. Her neighbors support Zenna during this difficult time and invite her to their wine farm where she eventually starts working with Etán Perez-Cruz, the enigmatic but difficult world-class winemaker. Etán saved Zenna from her financial dilemma by offering her a job, but can he save her life from dangerous kidnappers, and will he sacrifice his brother’s happiness for his own? 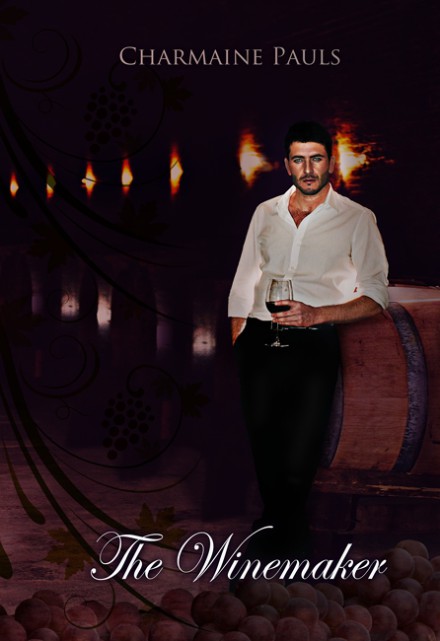 The backdrop for The Winemaker is the Santiago and Colchagua Valley vineyards and wine history in Chile, where the writer currently resides. Chile produces some of the world’s finest wines and was placed on the top of connoisseur lists when it started attracting global attention after winning several prestigious prices, including first places, in international competitions.

The protagonist, Etán Perez-Cruz, was inspired by maestro award-winning Chilean oenologist, Francisco Baettig from Viña Errazuriz. “His superstar wines made headlines worldwide and I was intrigued by both the product and the process of creation,” says Pauls. After working with Baettig and researching the scientific process of wine manufacturing, the history of wine production in Chile, the grape cultivars, including the Carmenere cepage that is unique to Chile, and acquiring an understanding of the creative process in blending, Pauls had a stage that lent itself perfectly as setting for a romance.

Pauls found the descriptions of the wine poetic. “I wanted to write a sensual novel around the romantic and majestic wine industry, where the wine itself is a personification of the characters in the book,” says Pauls. Comparing the intoxicating Zenna with an alluring wine bouquet is the ultimate compliment a man of few words like Etán can bestow on a woman. Etán relies heavily on his sensory input to execute his job, but it goes a lot further than tasting and smelling. Creation is as much a process of heart than of intellect, and only the pivotal emotional touch can lead to the superstar wines that Etán fabricates.

“He’s not seriously proposing to recite a label like a poem, is he?” Zenna thinks as Etán asks her if she read the description of the wine he has offered her. But he has never been more serious. Which is why Etán’s wine label is, in fact, a love poem dedicated to Zenna when he says, “Showcases sweet, dark, plummy fruit. Wrapped in a cedary cloak of earth, tobacco, and cassis. Smooth and supple, framed with soft tannins. There is no need to cellar it. It should last well.”

The book is Pauls’ third release after Between Yesterday & Tomorrow and Between Fire & Ice. A literary romance, Second Best, is due for release in February 2014.

For more information about the upcoming event, please visit www.charmainepauls.com.