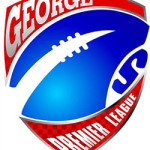 The George 7sPL has received a major boost ahead of its new tournament date in January, with the news that the very popular and highly competitive Kenya national team will now also play at Outeniqua Park early next year. They will be know as the Kenya Shujaa 7s.

The tournament was moved from its original December 13 and 14th date by the organisers out of respect for the national week of mourning and passing of former president Nelson Mandela.

The new date, 11 and 12th January 2014, has resulted in Kenya’s participation as their national sevens coach, Paul Treu, is keen to get his troops valuable game time ahead of the next two tournaments in the HSBC Sevens World Series.

Those tournaments will be played on January 25th and 26th in Las Vegas, USA with the Wellington Sevens in New Zealand a week later.

Kenya will replace the Vodacom Blue Bulls in the 12 team format, as the northern union will be preparing for the Vodacom Cup by then and called up a number of players from their sevens team.

According to tournament promoter, Willem Strauss, the availability of Kenya will allow the Southern Cape rugby fans to see one of the world’s most popular and competitive sevens teams in action.

“There is no doubt on the popularity of the Kenyan team and it is great that they have decided to use our tournament as a final warm-up to fine tune for their upcoming fixtures. They are also very competitive and I expect our tournament to again deliver sevens rugby of the highest calibre,” Strauss said.

“We have some of the best sevens teams in the country that will be playing in the Garden Route and with the addition of Kenya, we can look forward to a very exciting tournament.”

The George 7s, now in its second year and with R1 million in prize money, has attracted a number of high profile teams. The line-up for January includes the famous Kaizer Chiefs and Unlimited Titans brands, private teams Living Ball, Eye of the Tiger Academy, Masakhane Old Boys, Samurai and the provincial teams of The Sharks, Western Province, SWD, Leopards, and Cheetahs.

Defending champions, Samurai, will field a number of contracted Springbok Sevens players, while Gcobani Bobo and Jimmy Stonehouse, coaches of soccer giants Kaizer Chiefs and cricket champions, Unlimited Titans respectively, assembled some of the country’s best to play in their teams.