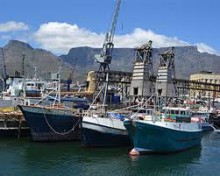 The current Traditional line fish Rights announced by Daff would appear to have ignored the stability attained during the previous Rights Allocation period of the past eight years . The rights announced  by Daff has effectively decimated the core of Traditional Line fish rights holders that held rights during the past eight years, leaving hundreds of fishers that had previously held long term rights, and their crew members without a future in the traditional line fishery and with no means of securing an income.

-Of the 303 active permits(rights) in 2013 Daff ‘s current allocation process has only retained 115 of the previous rights holders thereby displacing 188  from receiving rights  in this round of allocations. (Daff has held approximately 10 rights back for the appeal process which might ultimately result in 125 previous rights holders being placed back into the system.)

-With an average crew level of 8 fishers to each right this implies that 1504 fishers (rights holders and crew) will be left with no means of an income as from today.

– These investments have taken years to achieve , with profits being ploughed back into sustaining the fishing operations through the upgrading of vessels and replacement of engines.

– these investments had to be financed and are in the process of being paid off.

-Displaced rights holders now face repossession and will likely loose their vessels and even their homes as they are going to be left without an income.

-Most rights holders have fished for 10 to 30 years and are unlikely to find alternate employment.

-A total of 185 vessels are going to flood the 2nd hand market !! Who of the 100 new entrants will have the financial backing to invest in these displaced vessels as they had to nominate a vessel when applying for their rights.

-Daff is being totally unrealistic by replacing rights holders with between 10-30 years experience with new entrants. This could well have a knock on effect to the productivity of the sector and possibly result in declining catches which will in turn have a dramatic impact on marketing dynamics.

It is also possible that many of the vessels nominated by the new entrants are in all probability much smaller than the 25-28ft vessels currently in use which will impact the crewing capacity reducing it to between 4-6 as opposed to the 10-13 utilized on the larger vessels many of which have been displaced through this allocation.

-From an Association perspective many of the rights holders that have been displaced have the same active profile over the past eight years as those who have won through.