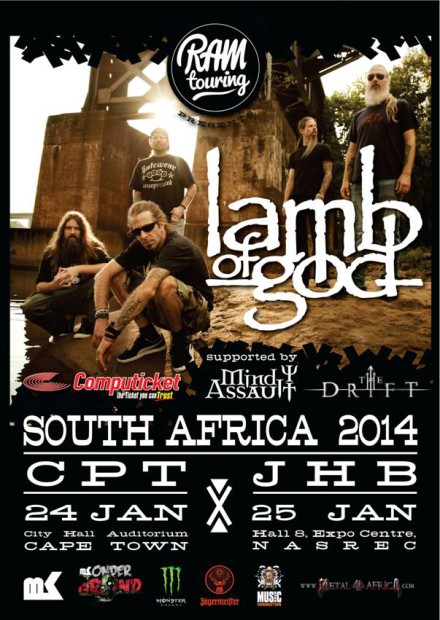 MK Ondergrond chatted to LOG bassist John Campbell at Wacken in Germany about getting banned and the upcoming SA Tour: here

Johannesburg Venue: The Johannesburg Expo Centre, Nasrec (Hall 8) is situated just to the South-West of the city CBD on the Corner of Rand Show and Nasrec Roads, directly adjacent to the iconic “Soccer City” National Stadium.  The best approaches from the directions of Pretoria, Sandton, OR Tambo Airtport, and Bloemfontein are all well detailed on the venues website here