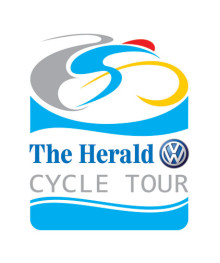 With a competitive prize purse and giveaways worth R400 000, The Herald VW Cycle Tour remains one of the Eastern Cape’s richest cycling events.

The 29th edition of the tour, which takes place in Addo and Port Elizabeth on February 1 and 2, will once again offer enticing incentives for pro teams and social riders alike.

While the top South African teams would battle it out for the winners’ cheques, event organiser Linda Harwood said other participants would be in line for the main lucky draw prize – a VW Polo 1.4 Trendline, valued at almost R170 000, from the title sponsor.

Harwood said the draw would take place during the prizegiving on the exhibition level of The Boardwalk Convention Centre.

“It starts at around 1pm after Sunday’s feature race and you must be there to claim your prize.”

Aside from the vehicle, she said participants also stood to win well over R50 000 worth of premium household goods from Tony’s Furniture, Appliances & Beds – including double beds, flat screen TVs, vacuum cleaners, deep freezer, washing machine and a range of smaller appliances.

According to co-owner Matthew De La Mare, this was the seventh year that the store had been involved in the event.

“It works for us. Throughout the year we get people coming in saying that they support us because we support cycling in PE.”

In addition, he said one lucky visitor to their stand at the expo and registration on Friday or Saturday would put their feet up with a La-Z-Boy recliner to the value of R6 000.

“All you have to do is take a selfie (photo of yourself) with your cellphone in front of the display and post it on Twitter.”

Harwood said entrants must at-mention the race (@heraldcycletour) and hashtag the store (#tonys) in their post to be eligible for the prize.

“The selfie competition is open to any expo visitor – you don’t have to ride to qualify. So if you bring the whole family down you’ll have more chances to enter.”

She said the expo offered a coffee and snack bar, kiddies’ play area and at least 30 cycling-related exhibitors, including the major bike shops in Port Elizabeth.

“One of our other big prize sponsors, GT, will be giving away three bikes worth a total of R40 000, with a free set-up and service from Cyclo Pro.”

“We’ve also got a fantastic weekend prize for two at Kuzuko Lodge valued at R10 000 and some lovely giveaways from Wayne Pheiffer Cycles and Coimbra Cycle Centre, so don’t miss out on the chance to win.”