The world’s mountain gorillas are on the brink of extinction – only 800 remain, but SABC3’s Top Travel on Wednesday 12 Feb (20h00) showcases a novel plan that promises to reverse the threat. 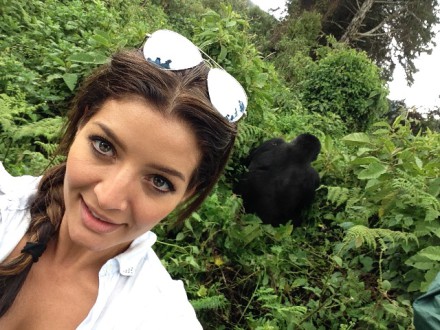 Naturalists will be intrigued and moved as Jeannie and Janez visit the Volcanoes National Park on the border of the Congo and encounter the last few remaining wild mountain Gorillas.

The Volcanoes National Park applies an innovative approach to combat poaching – by turning poachers into partners.

“Instead of imprisoning or capturing the poachers, the park has rehabilitated them and now they are the ones that look after the gorillas and protect them from human danger. It is one of the most beautiful places I have ever been to. The Volcanoes National Park is so well protected and is all about rehabilitation,” says Jeannie D. 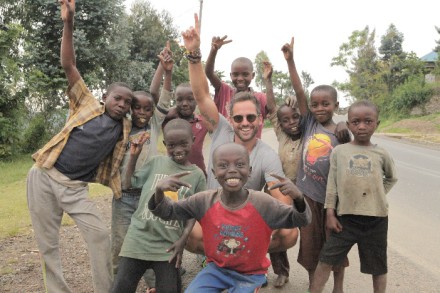 “In addition, the gorillas are protected by the Rwandan Development Board, and they only allow a few people permission to go out to see them each day – this really was one of the most amazing experiences of my life.”

Janez and Jeannie D also venture into more of the small nation of Rwanda to see just how far they have come in the 20 years since the 1994 genocide. As South Africa too celebrates 20 years of democracy this year, Janez and Jeannie attempt to gain insight into what incited the violence and to witness the reconciliation and rebirth of the beautiful nation – Rwanda.

Their first port of call is the city of Kigali, where they visit the Genocide Museum and the famous Hotel Rwanda where for one hundred days; hundreds of Tutsis took refuge.

“The Genocide Museum has this wall filled with photos of people who died in the genocide. It’s just ordinary pictures – people hugging their children outside their homes, mothers, fathers, and children. It’s really emotional to just sit there and take in this incredible loss,” says Janez.

“Rwanda is also a very eco-friendly country. When you arrive they won’t allow any plastic into the country – they switch it with eco-friendly bags which I think is great. It’s a beautiful country with hope and inspiration,” concludes Jeannie.

Catch Jeannie D and Janez as they explore Rwanda like never before on Wednesday 12 February at 20:00 on SABC3.

Top Travel is broadcast every Wednesday at 20:00 on SABC3