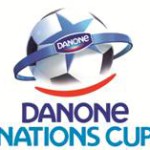 11 February 2014 Primary schools across the country are invited to become part of the biggest youth football tournament in the world by entering their under-12 teams in the Danone Nations Cup.

The South African leg of this worldwide competition will start in April and schools have until 27 March to get their entries in.

The competition is organised with the support of the South African Schools Football Association (SASFA). Games begin at Cluster level with the winners progressing to Regional finals culminating in the nine provincial winners playing in the National finals to determine the national champion school.

The eventual national winners are awarded the honour of representing South Africa at the Danone Nations Cup World Finals in Brazil later this year and will be one of 32 national champion schools from across the globe.

Last year’s world finals were in London and Mpumalanaga’s Daniye Primary School represented South Africa and will be back in action again this year.  “Most of the players from last year are still in the team and with our experience in London we could well win again this year,” said Yenzani Ernest Mabunda, Daniye’s principal.

Mabunda said that winning the title last year has had a positive effect on the school. “We have become a popular school in the area with a 20% increase in our registrations as a result. It makes me proud as the headmaster to know that more kids want to be a part of our school.”

For their achievements, Daniye was named the 2013 Developing School Of The Year at the SA Sports Awards and Mabuna says it was a huge honour to be recognised that way. “More kids have signed up for soccer this year, they know the benefits of being part of the schools soccer team.”

Going to London also changed the boys. “They gained a lot of confidence,” he said.  “They came back as different people. The attention they received made them feel that they matter and that they are important too.”

Njombo Aden Mabunda, who played for the team in London last year, said he never gets tired of talking about the trip. “We learned a lot. We got to learn about healthy eating and after we met all these countries we went back to school and started asking our teachers to teach about them. So we learned during the trip and even after the trip,” he said.