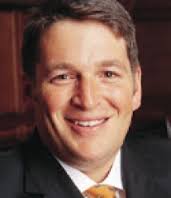 In today’s National Budget, the Minister of Finance, Pravin Gordhan’s emphasis on controlling state expenditure while still placing a priority on encouraging growth, job creation and infrastructural expenditure is welcomed, as is the fact that he has managed to provide personal tax relief of R9.3 billion to cash-strapped consumers in the 2014/15 financial year, says Dr Andrew Golding, CE of the Pam Golding Property group.

“The R6.5 billion allocated over three years to support small and medium enterprises is also a step in the right direction, coupled with the news that the turnover tax regime will be amended to further reduce the tax burden on micro-enterprises, as this will further encourage entrepreneurial endeavours and hopefully, also job creation. The proposal of an increase in the tax-free, lump-sum amount paid out of retirement funds from R315 000 to R500 000 is also expected to assist South Africans to plan for their future and help foster a culture of saving. In this regard the introduction of legislation to allow for tax-exempt savings accounts is a further positive move.

“From a property market perspective, it is disappointing to note that there was no property specific tax relief or schemes introduced which would help home ownership generally, but in particular first time home ownership. However, new spatial plans for cities, upgrading informal settlements, increased social infrastructure and improved public transport, coupled with the announcement of 216 000 houses to be built, is positive news,” says Dr Golding.

“The introduction of an integrated city development grant – to the tune of R814 million over the medium term – in order to strengthen long-term city planning and encourage private investment in urban development is encouraging, as is the R3.9 billion allocated to capacity building programmes (including upgrading human settlements) in the Medium Term Expenditure Framework, targeted at small towns and rural municipalities.

“We are also encouraged to hear that there are moves to entrench the rights of all investors, ensuring that property rights are protected – in line with the Constitution, under the new Promotion and Protection of Investment Bill which has been released for public comment.

“Of concern however, particularly on the back of recent fuel price hikes, is the increase in the general fuel levy by 12 cents a litre and the road accident fund levy by 8 cents a litre, as this places further pressure on consumers and inflation.”

“All in all, the Budget appeared to meet the challenging need for a balance between curbing unnecessary expenditure and investing in our country and its people. Considering the ongoing global economic uncertainties faced, South Africa’s economic policy has consistently achieved a stable economy and the Minister of Finance is commended on this,” concludes Dr Golding.

He adds that from a Pam Golding Properties perspective, the property market has since the start of 2014 generally been characterised by an air of positive sentiment, increased activity levels with a marked shortage of stock in many areas around the country and brisk sales, despite the recent 0.5 percent interest rate increase.