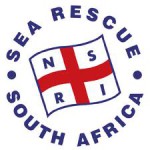 A Police Dive Unit will continue a search today, Sunday, 02 March, for a 21 year old local man, part of a group of Missionaries, missing at Wilderness after being swept out to sea by rip currents. NSRI Wilderness will continue to assist Police in the search.

2 men, both 21 years old, from Ireland, part of a Missionary group, managed to get out of the water unassisted and both were treated on the scene for near drowning symptoms and transported to hospital by ambulance for observation for secondary drowning. Both are expected to fully recover.

It is believed that all 3 men were swept out to sea by rip-currents.

Despite an extensive sea and shore search no sign of a third man, a 21 year old local man, was found and an ongoing search operation continues.

There remains no information as to who the kayak belongs to and the Kayak was recovered by the NSRI Mossel Bay crew aboard a Sea Rescue craft and brought to the Sea Rescue base in Mossel Bay.

No reports of anyone overdue or missing has been reported to Police and while it is suspected that the kayak may have been washed off a beach the situation continues to be monitored.