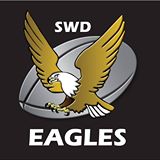 Flyhalf Riaan Smit was all class for the Free State XV on Saturday afternoon and played a major role in setting up a 52-47 win over the SWD Eagles in the opening round of the Vodacom Cup.

Smit, who was replaced at halftime, contributed 15 points which included a stunning individual try to stake a strong claim for selection in the Toyota Cheetahs squad.

The first half was played in blustery conditions in Heidedal, a suburb outside Bloemfontein.

The high points tally was a reflection of the fact that the players were willing to run the ball, with both teams earning a bonus point for scoring four tries.

The Free Staters had already secured their bonus point by the 30th minute, when right-winger Don Mlondobozi dotted down after a lucky bounce of the ball popped up into his hands.

At 29-10 down the visitors bounced back and quickly closed the deficit to 32-22 (the halftime score) with a try by giant Eagles lock Mzwanele Zito from a dominant lineout drive.

Seconds before the break the Eagles looked to be in at the rightwing corner, but a dangerous and high tackle by Sino Ganto (left winger) cost him ten minutes in the sin bin and resulted in a penalty try for the men from the Southern Cape.

Leading 42-27 midway through the second half, the victory looked to be secure, but once more the Eagles wrestled their way back to within seven (42-37) points and again to 49-44 before Free State captain Niel Marais produced the final blow with a long-distance penalty kick for a personal haul of 15 points.

The Eagles did earn a second bonus point right towards the end for losing within seven points.