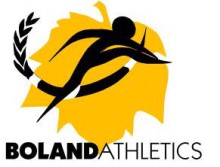 The South African Schools Athletics Association (SASA) has confirmed today that all 9 provinces of South Africa will be entering a team for the 2014 SASA SA Primary School Championships.

It is expected that more than 2000 of the best primary school athletes from more than 16000 Primary Schools in South Africa will be competing for honours over the three days of competition.

More than 40000 spectators are expected over the 3 days of competition.

Already for the past few weeks all accommodation in Drakenstein and surrounding districts were almost fully booked. The first provincial team are expected to arrive on Tuesday 18 March 2014.

On Thursday 20 March 2014 an opening ceremony for the 2014 SASA SA Primary School Championships will take place on the Dal Josaphat Stadium between 18:00 and 19:00.

The full programme of events is listed below.