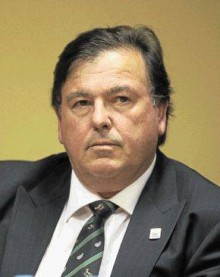 This Government is proud that we aspire to improve quality throughout the education system in the Western Cape.

One such improvement is in the quality of markers that mark the National Senior Certificate examinations.

Over the last three years, the Western Cape Education Department has been conducting competency testing for markers in various subjects so as to enhance the credibility of the National Senior Certificate Examinations and to give all candidates and their teachers their best opportunity.

Ultimately, we want to ensure there is the highest possible standard of marking in these examinations and that all our markers are both competent and experienced in their subject fields.

We are the only Province to conduct the testing of markers and have already begun the testing process for the 2014 NSC.

Over the last two weeks, potential markers have participated in the competency testing process set by examiners and moderators appointed by the WCED.

The tests assess the content knowledge of the applicant in a particular subject, their application of knowledge and skills and their marking abilities.

They also evaluate the ability of the applicant to interpret the Grade 12 candidate responses.

In 2014, the WCED has again administered competency tests in these subjects but have added English Home Language for the first time, thus expanding the range of subjects tested.

This year, approximately 700 educators have applied to write to tests in the designated subjects. On average, the WCED appoints approximately 3 200 markers each year to mark the NSC scripts.

Only teachers who demonstrate that they know the content of the subject and that they are able to mark will be trained and appointed for the 2014 NSC marking process.

The Government of the Western Cape is confident that testing of this nature ensures, where possible, that there is the highest possible standard of marking in the NSC examinations.