The Brit Award winning and nominated, BLAKE joined by popular opera star CORTES-four of the most gifted male vocalists in the world, will come together to bring to South Africa, four concerts combining the very best of Opera, classical, musicals and pop harmony.  Some of the best loved classical cross over music ever written, masterfully arranged and expertly performed, to create a magical evening. Mixing pop, rock and classical anthems with rich harmony vocals, British ‘boy band’ BLAKE launched their first album in 2007. The public embraced their debut album immediately, with over 100,000 copies being sold in just three weeks and earning the group their first Gold Disc. The music industry followed in early 2008, when the album received the prestigious Brit-Award for Album of the Year, a huge honour for a group still less than a year old. 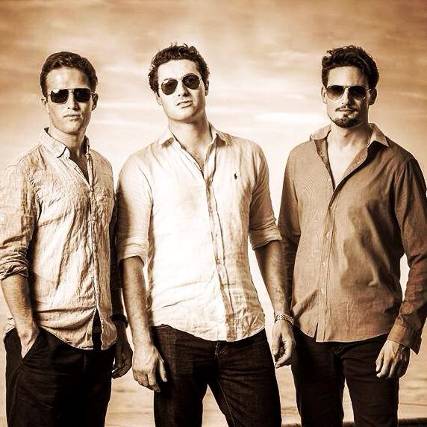 Since that time their music has achieved remarkable success. Their upbeat version of ‘Swing Low’ was chosen as the Official Anthem of England Rugby for the 2007 Rugby World Cup. In 2008 their highly anticipated 2nd album, And So It Goes was released and went straight in at number 12 in the UK pop charts and Number 1 in several classical charts around the world.

Joining BLAKE on their debut South African Tour, is the ‘James Bond’ of classical music, CORTES an Icelandic tenor that was born into a musical family and trained as a singer in Vienna, Copenhagen and London. He has performed various leading tenor roles in operas, as well as a leading part in The Phantom of the Opera in London’s West End. His debut album in the UK, titled Cortes, was released on 16 April 2007 and entered the UK classical chart at number 1.

For Johannesburg, BLAKE and CORTES will be accompanied by the Johannesburg Philharmonic Orchestra.

For the Cape Town shows, the Distinguished Stellenbosch Camerata Orchestra will accompany BLAKE and CORTES for this stellar line up of the finest of classic crossover singers in the world.

Booking is open for all shows at Computicket. Tickets from R300.00.

The group had been riding a crest of the wave, enjoying their busiest years yet, with over 90 live concert appearances including their first tour of China, singing in the Olympic Stadium, and further tours of The Philippines, Russia and the US. Their first trip to China took in indoor stadium concerts in Shanghai, Beijing and TianJin whilst their first live TV appearance was to 350 million viewers as the headline international act at the Shanghai International Film Festival, a massive honour.

In 2013, Blake continued with their sell out tours of Europe, The Phillipines and an in early 2014, made their New York Debut at the legendary Cafe Carilse in New York City. Blake were proud supporters and sang the theme song for the much publicised trek by Prince Harry, To the Antarctica to raise funds and awareness for “Walking with the Wounded”.

With over one and half a million albums sold internationally, and having performed on nearly 160 TV shows around the world, Blake continue to build their reputation as one of the most eclectic and exciting harmony groups in the world. Joining BLAKE on their debut South African Tour, http://www.blakeofficial.com

Described as ‘the James Bond of Classical Music’, Gardar Thor Cortes, who hails from Iceland, had phenomenal success with a British number one album called Cortes, sell-out tours and a Classical Brit Award nomination in 2008. Having taken 4 years out to focus on his then new-born son and family, he is now ready to take the recording and performing world by storm again with two albums in development – one crossover and the other classical.

Gardar Thor Cortes studies began at an early age at the Reykjavik School of Singing. Furthering his career, he attended the HochschulefürDarstellendeKunst and Musik in Vienna, had private lessons in New York and Copenhagen and took the two year opera course at the Royal Academy of Music in London. His teachers have included David Maxwell Anderson, Stuart Burrows, Paul Farrington, Paul Wynne Griffiths, David Jones, KiriTeKanawa, Andre Orlowitz, Robin Stapleton and Michael Rhodes and his versatile voice has enabled him to sing and have success in a wide variety of music – opera, oratorio, lieder, musicals, contemporary music and jazz.

Having been nominated for the Icelandic Music Awards and the Icelandic Performing Arts Awards for his opera roles numerous times as well as being voted sexiest man in Iceland not once but twice, his singing engagements have taken him to Scandinavia, Europe, USA and Asia and the prestigious venues of the Barbican, RoyalAlbert Hall and Royal Festival Hall in London and Carnegie Hall in New York. He sang at one of the BBC’s top featured events; the Proms in the Park in front of 40,000 people, broadcast live to millions of people, and has taken part in a number of their other entertainment programmes. He has toured with Katherine Jenkins, KiriTeKanawa and Lesley Garrett.

Gardar has released albums, classical and crossover in both in his native Iceland and the UK, Germany, Austria, and Switzerland reaching number 1 in the charts in South Africa and Taiwan. In 2011 he recorded an album of duets with his father Gardar Cortes Snr.Entitled ‘Island’ which has received great critical acclaim.

His appearances in musicals have included Curly (Oklahoma), Tony (West Side Story), and Raoul in Phantom of the Opera at Her Majesty’s Theatre in the West End of London. In 2011 Gardar took part in 25th Anniversary of the Phantom of the Opera at Royal Albert Hall, a production that was broadcast live to cinemas across the globe and released on DVD.  After ending 2012 with an unusual sell-out performance of Mozart’s Requiem at Langholtskirkjain Iceland with symphony orchestra and choir on the 4th/5th December at the exact time of Mozart’s passing and a New Years Eve concert at the beautiful Icelandic Church Grafarvogskirkja which produced come magic moments, 2013 is now proving to be the year of Thor Cortes’s second and true coming.