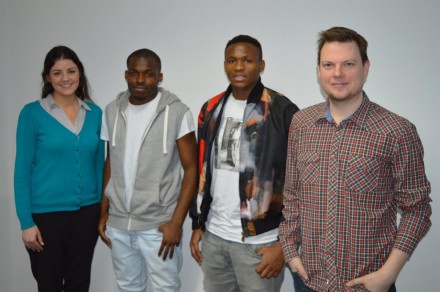 The programme, based in Bloemfontein, Free State, South Africa, will empower 18-24 year old underprivileged South Africans to develop the necessary tools they need to give them the brightest future opportunities and the partnership between the three foundations will offer a valuable opportunity to bring about tangible changes in their lives. 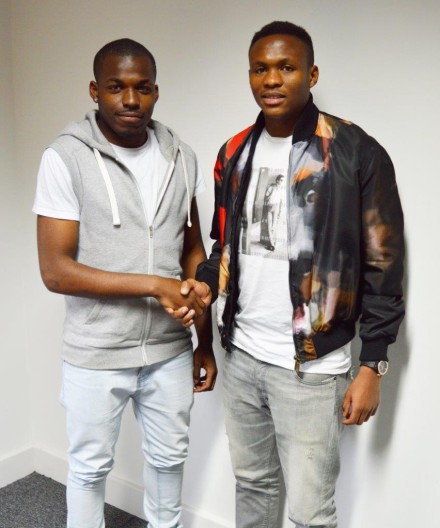 In addition to this, by joining together and being stronger, the Foundations can have direct engagement with the South African government and private sector to create an avenue for development of football in South Africa and foster a positive impact on the economy of the country.

After soft launching the Kagisho Dikgacoi Foundation in London with a Gala Dinner back in November last year to raise awareness and secure funding, the KDF has partnered with Dikgacoi’s current club, Crystal Palace FC, and the Rio Ferdinand Foundation who work in the Western Cape.

The IFCDP will target 18-24 year olds in South Africa who face levels of 75% unemployment compounded by a lack of access to education, training and few mentors. The programme will focus on job creation and developing valuable life skills as well as identifying talent both on and off the football pitch.

“The KDF has experienced and passionate staff working for us and alongside myself we are glad to be working with the Rio Ferdinand Foundation who have a history of working in South Africa and in particular, Cape Town.

“Poverty is the main factor that affects young people and their chances of reaching their potential not only in South Africa but the whole of Africa. We are a talented country sports-wise but because we have a lack of infrastructure and poverty, these can stand in someone’s way but with the KDF joining together with Rio and Crystal Palace we can help these kids and revive their dreams of whatever they wish to do and that will be great.

“We want to raise as much funding as possible so we can create jobs and keep a long-term commitment. We want to help as many people as we can and if I can say in a year that we have helped 100s of kids get jobs and maybe some working for the Foundation itself that would be awesome.

“I believe I am what I am because of my community and the fans and I would like to thank them and ask them to get involved with us.”

“We have worked for a number of years in South Africa through our networks delivering sporting sessions, coaching and educational workshops and when Kagisho Dikgacoi approached us about his Foundation we were excited to hear the possibilities about how we could fuse together to create many more opportunities for the young people of South Africa.

“South Africa is a country full of possibilities and inspiring young people and by joining together we hope to make a difference to those who do not have the chance of fulfilling their dreams.”

“Of course, when Kagisho and his Foundation discussed this work with us we were very happy to come on-board. Alongside the Rio Ferdinand Foundation, we have worked in South Africa and also received some great young coaches on an exchange visit to Selhurst Park recently.
“This is a pilot project and from the awareness and, hopefully, subsequent funding that comes from it, all three parties will be hoping to push forward.
“Crystal Palace FC were the first club to play in South Africa following the end of Apartheid and with this proud tradition it was an easy decision to partner with the Foundation of one of our First Team players.”
For more information about the programme please contact the Rio Ferdinand Foundation via email on info@rioferdinandfoundation.com or visit www.rioferdinandfoundation.com.

The Rio Ferdinand Foundation was founded by Rio Ferdinand who has been described as one of the finest defenders in world football. Rio has long been involved in philanthropic and charitable activity, both on his own behalf and in rallying support from the sports, arts and entertainment industries for causes with which he identifies.

Over the years these causes have covered a range of social and economic issues including tackling young people’s involvement in crime and substance misuse, the lack of training and development opportunities available to residents in disadvantaged neighbourhoods and supporting young people into employment.

The Rio Ferdinand Foundation has been established to allow its founder to take a more active role in determining and driving a charitable organisation that reflects those issues and concerns that are close to his heart.

The Foundation work with young people and communities in the following areas:

The Kagisho Dikgacoi Foundation (KDF) was launched in the UK in 2013 by the international footballer Kagisho Dikgacoi who currently plays for English Premier League side Crystal Palace and the South African national football team. Their primary aim is to improve the lives of young adults in South Africa through training in sports coaching and management, job creation and employability skills and training. Their secondary aim is to assist in the delivery of holistic childhood development through health and nutrition, holistic education which will include entrepreneurial and valuable life skills alongside sport development. Born in 1984 Kagisho grew up in Brandfort near Bloemfontein in South Africa and credits football with taking him away from the streets and from the temptations of falling into criminal activities and drug abuse. Kagisho was inspired to take up football by his grandfather and after a successful early career in South Africa he moved to England, making his debut for Fulham in 2009 before moving to Crystal Palace in 2011. Before starting the Foundation he has been involved in a number of charitable works including mentoring young footballers through the Crystal Palace FC Foundation and a regular youth tournament in his hometown in South Africa.

The Crystal Palace FC Foundation (originally Football in the Community) was established in 1989 and became a company limited by guarantee and a registered charity in August 2008 with a board of five Trustees to advise and support its programme agenda. Since its inception the community programme has continued to expand and develop to the extent that it has now grown into an organisation that employs 14 full time staff and 40 sessional coaches and is widely acknowledged as a high quality service provider by its customers and associated partners.

Its key aims and objectives are;

The Foundation’s main areas of work are Football and multi-sports development, Social Inclusion, Health and Education, Disability and Women and Girl’s Football. Working within a broad age spectrum of delivery for 3 to 19 year olds, the Foundation has consistently achieved over 100,000 participation attendances in recent years and aims to attain even higher figures in the future.

The Foundation is accredited with The Football League Silver Standard Community Scheme Award.