Johannesburg – The Vodacom Cup competition is set to hot up this weekend with only three pool rounds remaining, including this weekend’s matches, for the teams to play their way into the quarter-finals. 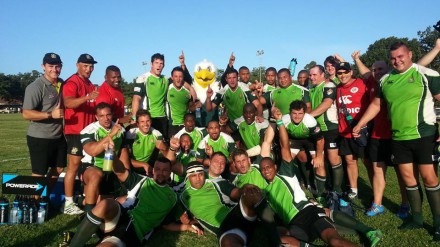 The pick of the weekend’s matches in the North Section will be Griquas against the Golden Lions in Kimberley on Saturday, where the favourable second place on the section’s log standings is expected to be up for grabs.

Should the winless Limpopo Blue Bulls create an upset against the Pumas, the North Section log-leaders, in their match at the New Peter Mokaba Stadium in Polokwane, however, the Golden Lions or Griquas could leap into the top spot on the log.

In the South Section, the clash between the SWD Eagles and EP Kings in George on Friday should be a closely contested affair. While the SWD Eagles could climb into second or third place on the South Section log, depending on the other results, should they win, the EP Kings will be desperate to close the gap between themselves and the top four teams to keep alive their play-off hopes Ä after managing to secure only one victory in four matches so far this season.

In other Round 5 matches on Friday, the Blue Bulls XV host the Valke on the Loftus Versfeld B field in Pretoria and the Griffons go up against the Leopards XV in Welkom.

On Saturday, the Free State XV host the Border Bulldogs in Bloemfontein, the Boland Cavaliers take on the unbeaten Sharks XV in Ceres, and Western Province fronts up against Kenya’s Tusker Simba XV at Newlands.