Karlo Aspeling kicked a match-winning drop goal two minutes from time as the SWD Eagles squeaked past the EP Kings 23-21 (halftime 6-9) in their Vodacom Cup South Section match at Outeniqua Park in George on Friday.

The Eagles had found themselves trailing by 21 points to six after 59 minutes of the match, but they clawed their way back into the contest thanks to converted tries from left wing Alshaun Bock and replacement hooker Wayne Khan before flyhalf Aspeling nailed the vital drop-goal as SWD claimed the narrowest of victories.

The win kept SWD in the hunt for a playoff place as they moved into second place on the log although the two teams immediately below them, the Free Stave XV and Western Province, both have a game in hand.

The match was played on a heavy field that had been subjected to rain in the two days leading up to the game and the first half reflected the conditions with the Kings taking a narrow three-point lead at halftime thanks to three penalties from fullback Masixole Banda with SWD replying with two penalties from Aspeling. 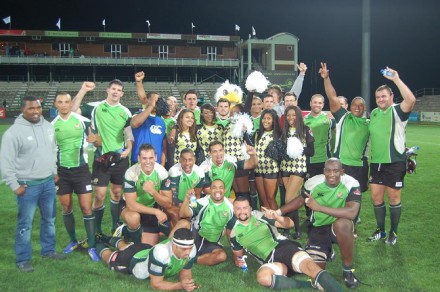 The second half was a far more thrilling affair and the visitors must have felt confident of victory as No 8 Ivan-John Du Preez crashed over for a converted try four minutes after the restart before flyhalf Ntabeni Dukisa scooted over for an unconverted try 15 minutes later.

However, SWD threw everything they had into attack and it was only stout defence from the visitors that kept the Kings in front before Bock broke the match wide open with his 69th-minute try.

Khan rumbled over with four minutes remaining before Aspeling sealed the win with his last-gasp heroics.