The Wilderness Foundation, as part of their Forever Wild Rhino Protection Initiative, will be hosting Vietnamese pop singers Thu Minh and Thanh Bui in Port Elizabeth from the 11th to the 14th of April 2014.  The visit forms part of a Demand Reduction Strategy developed in order to assist in addressing the rhino poaching crisis by reducing demand for rhino horn in user countries.

Official records released by the Department of Environmental Affairs on 14 March 2014 indicate that 172 rhino have been killed by poachers since the start of 2014, while 1004 were killed during the course of 2013.

The Wilderness Foundation will be working in collaboration with international conservation NGO Wild Aid to produce demand reduction material for distribution in South Africa and Vietnam in order to further enhance the campaign.

The aim of the visit is to give Thu Minh and Thanh Bui an authentic wildlife experience with rhino in the wild, to educate them on the rhino poaching issue and introduce them to key people involved in preventing rhino poaching on a daily basis, as well as to produce demand reduction material that will be released in Vietnam and South Africa. This will include public service announcements and bill boards.

The Wilderness Foundation is working in partnership with the Shamwari Group; Investec Rhino Lifeline and Mantis Collection in order to implement this demand reduction campaign in Vietnam and South Africa.

An official press conference will be held in Port Elizabeth on 14 April, where Thu Minh and Thanh Bui will address the media.

The Wilderness Foundation’s Forever Wild Conservation Programme was developed in 2011 as a response to the rhino poaching crisis and has been active through the Rhino Protection Initiative. In 2013 the Programme was expanded to include lion, leopard, elephant, gorilla and great white shark conservation initiatives as they represent key species symptomatic of the challenges facing the environments in which they live.

The initiative primarily provides logistical and operational support for conservation and law enforcement agencies responsible for rhino security. It is also involved in raising public awareness of the rhino poaching crisis (such as information boards, displays, leaflets, radio and media campaigns) and manages a Rhino Anti-poaching tip off line. Other activities include the coordination of anti-poaching training, aerial assistance, vehicle support, intelligence gathering and specialist support, as well as a Rhino survivor fund, Eastern Cape Rhino DNA and tracking device project and a rhino survivor research project in the Kruger National Park.

ABOUT THE WILDERNESS FOUNDATION

The Foundation was established in 1972 by conservation pioneer Dr Ian Player, who led the team that saved the white rhino from extinction in the 1960’s, an action-legacy that the Wilderness Foundation continues today, working against wildlife crime and combating the rhino poaching crisis.

The Wilderness Foundation focuses on four main programme areas:  Wildlife and Wilderness Conservation, Social Intervention, Leadership & Education, and Advocacy & Awareness. The Wilderness Foundation is also an active partner in the globally-focused “Wilderness Network,” a close-knit and talented group based on the values of: a passion for direct conservation action; respect for all living things; a deep commitment to conservation education; and with operations that demonstrate integrity, transparency, sustainability, and innovation.

“We envisage a world that has sufficient intact natural ecosystems and wilderness areas that are valued and effectively protected for the benefit of all species.” 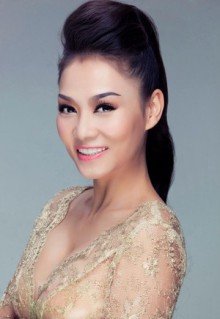 (From Wikipedia, the free encyclopedia)

Vũ Thu Minh (born September 22, 1977) often known simply as Thu Minh, is a Vietnamese pop-singer. She is famous for pop ballads and dance-pop music and is referred to as the “Queen of Dance-pop in Vietnam”. Thu Minh is also called “Vietnam’s Celine Dion” and “The wind chime of Vietnamese music” due to her famous and rare soprano C or Spinto soprano singing voice that has a range from D3 (low) to C7 (high) with the highest belt note B5, headvoice C#6, and some whistle. She originally trained to be a ballet dancer, and, before the age of 30, she had never taken officially any professional music school.

Thu Minh became famous winning first prize as the youngest contestant in the live singing competition Broadcast of Ho Chi Minh at the age of 16. She then became well known for the success of many Viet classic songs, pre-war music, love songs in 1954–1975, pop ballad, pop in both English and Vietnamese. She also covered some famous ballads of Whitney Houston, Celine Dion, including “I Will Always Love You” and “All by Myself“.

The biggest turning point in her musical career came with the success of the songs “Chuônggió” (“Wind chime”), “Bóngmây qua thềm”, and “Nhớanh” (“Missing you”). In more recent years, Minh came out with songs with a dance-pop sound such as “Đườngcong” (“Curves”), “Bay” (“Fly”), “Taxi”, and “Xinh” (“Pretty”).

In addition, Thu Minh has won the championship in the show Dancing with the Stars (on Vietnamese TV) (2011). In 2012 and 2013 she was one of four judges and coaches on the reality show The Voice of Vietnam. PhạmThịHươngTràm, mentored by Thu Minh, became the winner in the show’s finale. 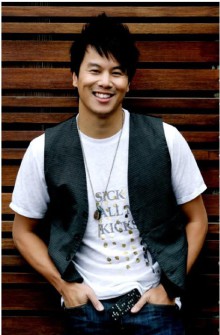 Thanh was born in Adelaide and moved to Melbourne when he was seven. Three years later, after seeing Michael Jackson perform at the Grammy Awards, he began lessons in classical piano and voice. “My parents worked 100-hour weeks to give me the opportunity to do what I love doing.” Along with Michael Jackson, Thanh considers Stevie Wonder as one of his idols – “an amazing vocalist, writer and musician” – and his mom and dad, who came to Australia as refugees after the Vietnam War. “To hear their story, when it was literally life and death, puts everything into perspective, “Thanh says.

In the mid-noughties as a member of the North, and barely out of his teens, Thanh experienced genuine teen hysteria throughout Asia over a two-album career, which delivered three number one hits in Thailand and Indonesia, and two chart-toppers in Malaysia, Singapore and Philippines.

In 2008. he became the first Australian of Vietnamese background to reach the Top 10 on Australian Idol. This had made a new turning point for his music career.

2010 was an incredibly exciting year for Thanh. It saw him release his first single in Vietnam, “Lang Tham Mot TinhYeu”, featuring superstar Ho Ngoc Ha and also featured as a song in the film “De Mai Tinh” released in April. The same year he was also a Mentor on the Vietnam Idol show.

Other than his singing/song-writing career, Thanh also runs a successful talent school in Melbourne and Sydney – the International Artist Academy is home to more than 100 students. He is also the Director and Producer of Gold Fingers Publishing, which has gained international success with song-placements throughout the world.