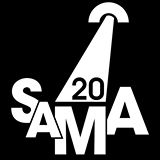 “During Freedom Month, we are proud to pay tribute to these national treasures and music ambassadors who have worked tirelessly to raise the global profile of isicathamiya and maskandi, two traditional music genres rooted in the South African soil,” said David du Plessis, the Chief Operating Officer of the Recording Industry of SA (RISA).

The Lifetime Achievement Awards, sponsored by Amstel Lager, will be presented during the main SAMA 20 awards ceremony at the Sun City Superbowl on Monday, 28 April 2014.

Phuzekhemisi (the stage name of Johnstone Mnyandu) is widely regarded as the king of maskandi music. He expressed his delight at being honoured by the music industry with this accolade, saying: “I am grateful to those who still recognise my music – may they also do so to other artists who have worked so hard.

“No words can describe how grateful I am to receive such an award; I thought the industry and the people had long forgotten about me. This is wonderful, thank you!”

Phuzekhemisi means “drink the medicine” or “one who drinks at the chemist” in isiZulu. Maskandi is a literal translation of the Afrikaans word for musician, namely “musikant”, and a solo maskandi is seen as the local equivalent of the European wandering minstrel.

Hailing from rural KwaZulu-Natal, Phuzekhemisi and his brother, Khethani, burst on to the local music scene in 1989. Sadly, Khethani was unable to fully enjoy the fruits of their success as he was killed in a car accident in 1993.

Phuzekhemisi went on to record a succession of platinum-selling albums, all featuring his distinctive maskandi guitar style. An activist musician, he has often angered those in power with his outspoken lyrics, which highlight social ills in the country’s rural communities in particular. Over the past quarter of a century, this fearless champion of the underdog has never shied away from controversy and speaking his mind.

This true musician of the people is nominated in the Best Maskandi Album category at SAMA 20, for his album Kungakho Nilwa Nodwa.

Ladysmith Black Mambazo are celebrating an incredible 54 years since their formation, while still basking in the glow of their fourth Grammy Award (for their release Singing for Peace Around the World), confirming the band’s pre-eminent position in the world music pantheon.

“Being given the honour of a lifetime achievement award is like South Africa saying thank you to us for being great ambassadors of local culture and heritage through our music. We thank you, SAMAs, and we salute you, South Africa.”

Ladysmith Black Mambazo are enjoying yet another golden year. From 17 April to 11 May 2014, Amambazo, a musical based on their story, will take to the stage at the State Theatre in Pretoria. And in August, they will head to the prestigious Edinburgh International Festival to premiere a Zulu ballet titled Inala that celebrates South Africa’s 20 years of democracy.

Joseph Shabalala and his fellow music magicians first came to the world’s attention when they collaborated on Paul Simon’s Graceland album, kindling a global interest in world music.

Their isicathamiya style of choral singing was born on the mines and travelled with the migrant mineworkers when they returned to their rural homes. This is where the tradition of Ladysmith Black Mambazo’s distinctive, stirring vocal harmonies was born.

Over the decades, they have clocked up many career highlights, among them performing for Nelson Mandela at the Nobel Peace Prize ceremony in Oslo in 1993 and at his inauguration in 1994, and singing at the concert marking Queen Elizabeth II’s 50th anniversary as monarch.

Amstel toasts South African music legends
Amstel Lager is proud to once again be the sponsor of the South African Music Awards’ Lifetime Achievement Award. Every year, for the past 20 years, the SAMAs have recognised greatness and longevity, celebrating those who have perfected their craft over time.

Amstel Lager would like to congratulate this year’s recipients and thank them for flying the South African music flag high both on home soil and abroad, time and time again.

As Diederik Vos, Marketing Manager of Amstel Lager South Africa, explains: “At Amstel we believe nothing of greatness has ever been accomplished in a hurry. Great things take time to achieve, and becoming a respected legend is one of them.

“With this in mind, we at Amstel are proud that the recipients of this year’s Lifetime Achievement Awards are truly iconic South Africans, who over decades of work have created uniquely South African music. They have built their legacy by taking their time, and we at Amstel salute that.”

The South African Music Awards are organised by the Recording Industry of South Africa (RISA), a trade association of recording companies operating in South Africa.