The Links at Fancourt has been named number 1 in South Africa again by Golf Digest South Africa in its rankings of South Africa’s 100 Greatest Golf Courses for 2014 and 2015. 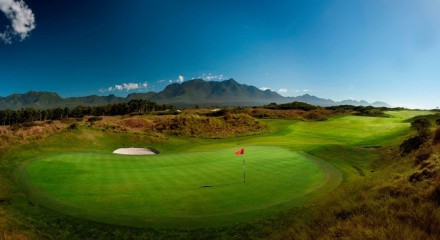 According to Golf Digest, ‘The way in which the holes and terrain have been designed to naturally replicate the look and feel of the great links of the British Isles, makes it a masterpiece.’

Montagu and Outeniqua are also once again among the Top 100 in South Africa, with Montagu moving up one from 7th to 6th place since 2012, and Outeniqua coming in at a respectable 17th position for a second time.

To have all three courses recognised like this is a remarkable achievement and we shall continue to strive for improvement!