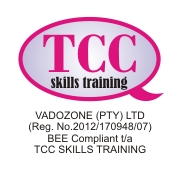 Being in the skills training industry, I’ve decided to share the following experience with you. Not to insult the person involved, but to learn from what had happened. This is my story:

She stood in front of my desk, she saw my signboard so I was told, and would like to propose following:  She has her own recruitment company and thinks that the two of us could benefit from each other’s skills.  She will do the marketing for my training programmes on a commission basis and I will do some training in human resource management for potential employees.  I gave it some thought and decided to schedule a meeting for the two of us with my Accountant for his approval.  He asked that her ideas must be documented and emailed to him soonest after which we would schedule the next meeting.  She is hesitant and it took a few days and emails to remind her of her obligation.

The appointment was scheduled for 18:30 to suit the three of us due to our busy schedules. She’s at least 10 minutes late, told us that she is not feeling well and is in a hurry to get to a prize giving at her child’s school. She brought her daughter who distracted her – and this during a meeting with potential future projects being discussed.  I must emphasize that this was the second time she saw my accountant, so the impression she made was not something to write home about. The negotiations did not go according to her expectation. She got impatient and excused herself.  The meeting lasted twenty minutes.  My accountant and I were left speechless.

A week later I received an email apologizing for her behavior, but the email had so many typing errors that it reduced her chances of doing business with me.  Still, she requested another meeting to finalise the agreement.

Now, I’m asking you: ‘Would you take a change on her?’  Think twice!